One of the main barriers that prevents young people from studying and, in this way, improving their employment status is the lack of economic resources. 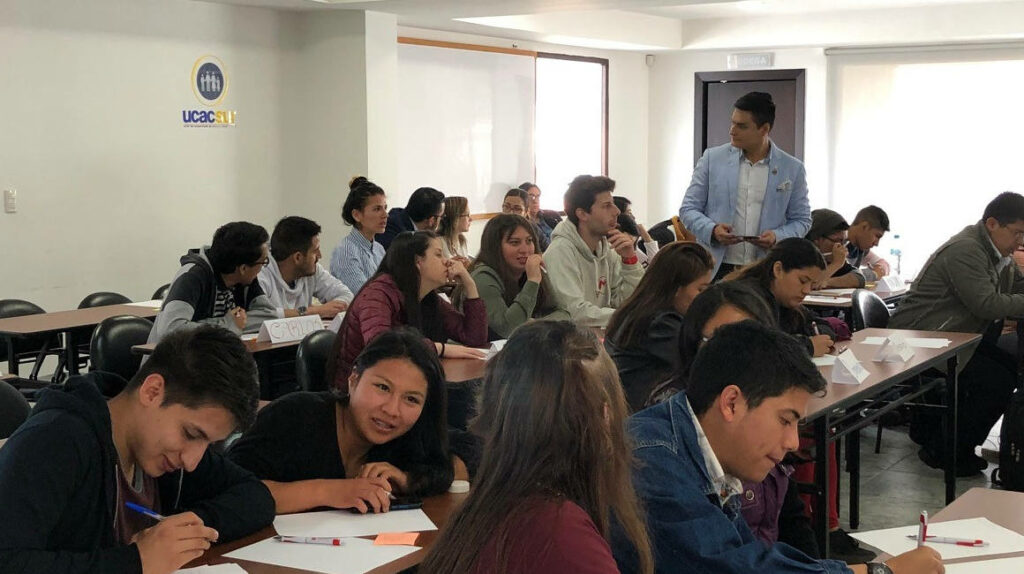 Students who are part of the Corporación Formados program, which seeks to reduce youth unemployment.

As of June 2022, 18.5% of young Ecuadorians between the ages of 15 and 24 neither study nor work , which places them within the so-called ninis.

The number of ninis has decreased slightly in the last year, according to the National Institute of Statistics and Censuses (INEC). Compared to June 2021 , the percentage of ninis fell by 0.6 percentage points.

Lack of resources, a barrier

30% of ninis do not study due to lack of financial resources at home.

This situation explains why only 10% of NEETs have university studies , says Juan Javier Jarrín, Director of Research at the Intelligence Business consultancy.

Despite these circumstances, 80% of ninis are interested in studying , which should encourage the State to promote greater access for the academic preparation of this population, adds Jarrín.

“When you don’t train the new generations, the consequences for a country are dramatic. If fewer people have access to a job, the number of households that do not have the possibility of covering the most basic needs increases,” Jarrín considers.

The highest rate of ninis is among women, while 26.5% of Ecuadorians between the ages of 15 and 24 neither study nor work , among men the figure is 11.2%.

This is explained by the fact that women must dedicate a large part of their time to taking care of their children and the home.

The cultural assignment of these roles reduces opportunities for personal and professional growth for women.

Another problem is early or adolescent pregnancy , which generates desertion from the educational system, adds Jarrín.

In addition, 58% of ninis argue that they do not work because they do not have time . This is likely due to the fact that this population has to take care of children, grandparents or perform household chores.

With a percentage of 23.4%, Guayaquil is the city with the highest number of ninis , followed by Machala.

The fact that young people do not find job opportunities has serious impacts on a society . Says Andrés Robalino, president of the Corporación Formados initiative, a private sector organization that seeks to reduce the percentage of ninis and, in general, of young people in unemployment.

“The lack of youth employment generates migration . The only option for these guys is to leave the country. In addition, it is the breeding ground for illegal activities , such as drug trafficking”, explains Robalino.

Meanwhile, the struggle between the Executive and the Legislative have delayed a labor reform to generate more employment.

“Ecuadorians should establish a minimum consensus on those labor changes that are needed and propose them in a popular consultation,” considers the director of Business Intelligence Research.

Addressing the problems experienced by young people does not only involve a structural labor reform .

Momentum for a change

A group of industries is marking a change. The Formados Corporation , born in 2018, promotes dual education.

Dual education implies the academic training of young people in careers that open up according to the needs of the industries, combined with internships in companies.

The Corporation provides scholarships for up to 50% of the cost of tuition to low-income youth. The program has 608 students in training , 11 higher education institutions and 190 business tutors.