Corruption, legal insecurity and legislative blockage prevent Ecuador from overcoming its reputation as a high-risk investment destination, according to the US State Department. 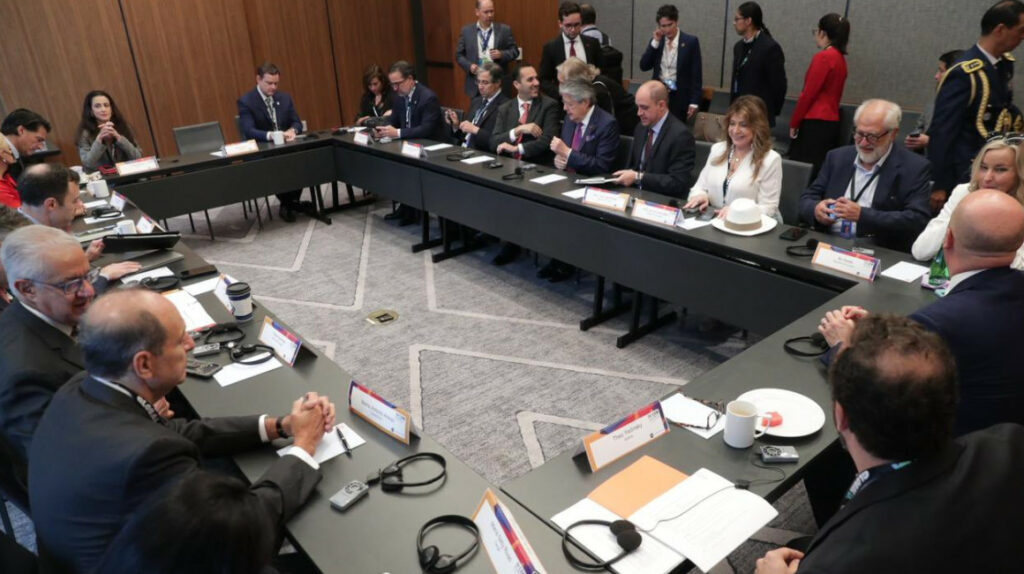 President Guillermo Lasso together with Ecuadorian authorities at the IV Business Forum of the Americas, in the United States, on June 8, 2022.

The United States Department of State has issued a statement on the investment climate in Ecuador, in which it concludes that there are three factors that damage the reputation of the country.

Ecuador’s main trading partner acknowledges that the government of Guillermo Lasso has adopted an ambitious agenda to boost investment. The plan is based on approaches with businessmen and the strengthening of public finances.

The goal of the Government is to obtain USD 30,000 million in investment during its four years in power, until 2025.

Despite the efforts of the Lasso government, attracting capital from abroad is not easy, according to a statement from the United States Department of State .

“The Lasso administration faces great challenges in its capital attraction agenda, given Ecuador’s historical reputation as a high-risk country for investment,” the report says.

The perception of Ecuador as a high-risk country for investment has its origin in three factors, explains the United States.

The United States is one of the 10 main investors in Ecuador, although the amounts are still marginal.

In the first quarter of 2022, foreign direct investment (FDI) from that country in Ecuador totaled USD 10.5 million , according to the Central Bank.

In the first three months of 2022, US businessmen invested more in trade, manufacturing and transportation and storage , according to the Central Bank.

For the State Department, there are currently five economic activities that may be interesting for investors, due to the boost that the Government is giving to these sectors and due to the changes in consumption habits of Ecuadorians.

These are the oil, mining, energy, telecommunications and electronic commerce sectors.