18 alleged collaborators with Israel were executed by Hamas 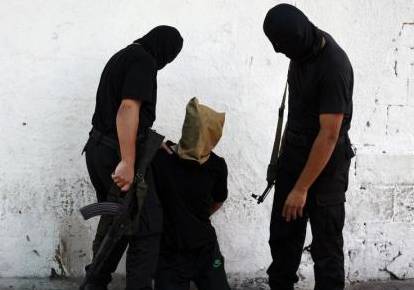 In the public execution, militants dressed in black and masks shot and killed the suspects, who had their hands tied and their faces covered, as worshipers were leaving the mosque Omari at Palestine Square, one of the busiest districts of Gaza.

Another 11 people were killed in an abandoned police station near Gaza City, Hamas security officials said.

Members of Hamas left a posted message signed by “Palestinian Resistance” near where the victims were killed explaining the reason for the execution of alleged collaborators.

“They gave the enemy information on the whereabouts of fighters, resistance tunnels, bombs, the houses of the fighters and the places of (lauching) rockets, and occupancy of these areas bombarded killing several fighters (…) therefore, it was given the judgment of the revolutionary justice “.