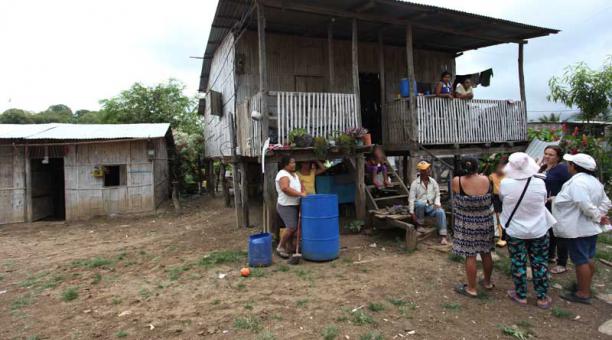 The winter season and the collapse of basic services affected the proliferation of mosquitoes, especially in the areas affected by the earthquake of 16 April 2016.

Manabi is one of those areas. Until the first week of May, 2 134 cases of zika, dengue and chikungunya were recorded. These diseases are transmitted by the Aedes Aegypti mosquito

The most common of these diseases is dengue, with 1998 cases recorded in Manabi. Campaigns have been carried out by the Health Ministry for the prevention ofzika, especially in pregnant women, due to the risk of congenital malformations of the fetus. No more than 50 cases have been recorded in the province.

Maria Belen Moran, National Undersecretary of Public Health Surveillance, explained that Manabi is an area prone to these diseases, due to the lack of sanitary infrastructure and the floods recorded each year during the winter.

“There are sectors that do not have drinking water nor sewerage system since the earthquake. Dwellers have no other option than storing water in containers, and larvae breed in that stagnant water,” said Moran.

The VAT rate will get back to “normality”