$ 2.134 Million for contracts of the Esmeraldas Refinery 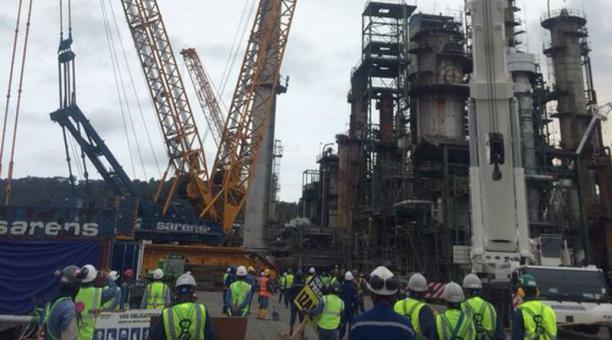 Some thirty suppliers concentrated contracts for more than $ 1,962 million in the Esmeraldas Refinery during the last years, in particular for the repowering project, an emblematic work of the current government.

Daily El Universo analyzed more than 700 contracts awarded by the state company Petroecuador between 2012 and 2016, which added to nine others of the rehabilitation of the refinery amounted to a total of $ 2,134 million awarded.

The main contractor is SK Engineering & Construction Co. Ltd., a Korean company that stated that the work would be ready in September, even though an inauguration ceremony was already held in December 2015.

The then officials Carlos Pareja Y. and Marco Calvopina signed contracts for the largest amounts. The first 115 documents for $ 884 million and the second, a single contract for $ 228 million.

Both are prosecuted by the Public Prosecutor’s Office in investigations initiated following the publication of the Panama Papers.

Note: This expanded report is available only in the printed version, issued today: Monday, January 9, 2017.

Winter has arrived, but money is still needed