20 companies closed for polluting the city 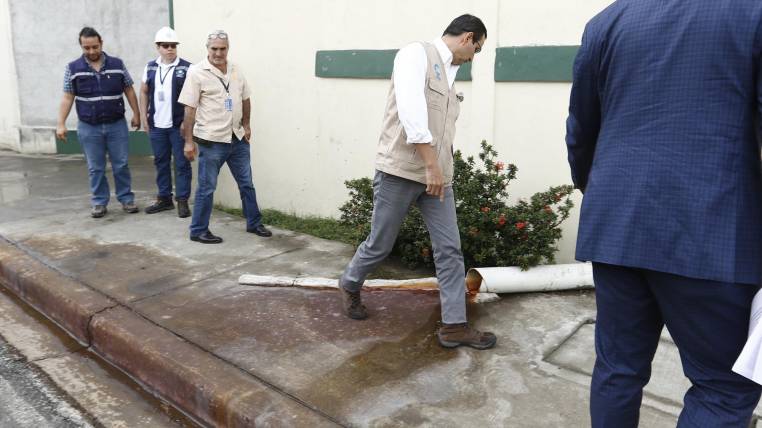 At least fifty administrative processes have been officiated by the Municipal Environmental Commission in two and a half months, due to the detection of irregularities inside medium and large companies in Guayaquil.

Of that number, approximately 20 have ended in closure, since, despite the notifications made, the representatives have not presented the corresponding corrective plans.

The discharge of sewage to ditches, canals or sewers of rainwater that flow into the Salado estuary or the Guayas river is one of the main reasons why it has been sanctioned. One of the last closures was made yesterday morning at the company Borsea, located at kilometer 12.5 of the road to Daule.

“As you could see the industry was having downloads to the street. That is a violation of the ornate of the city and it is not the first time that this irregularity is detected, “said the municipal director of Environment, Bolívar Coloma.

The factory, which is engaged in the manufacture of flour and fish solubles for animal feed, has a pipe that leaves from its sewage treatment plant to the gutter, which in turn discharges to the rainwater system. “There are problems that have been caused earlier by this activity,” said Coloma.

A nauseating odor was perceived in the area, and although the municipal director indicated that the control is not carried out because of the level of odors, he did specify that this pestilence means that his sewage treatment plant is not functioning properly.

After that intervention, the commissioner closed a chicken processing business for not having environmental permits, despite having been operating for two years, and for discharging untreated water.

“There is no evidence of a document to say that you have had the initiative of wanting to regulate,” Commissioner Otoniel Quintero told the owner of the establishment, while asking him to close the place and move the chickens to another site.

Since the start of operations to date, one of the most serious spills was produced in early June by the company Cartorama, which produces cardboard and paper.

The Environment Directorate reported that the plant had spilled between 1,500 and 2,000 gallons of hydrocarbon which, due to its volume, contaminated a canal that converges with the Daule River. As a result of the inspection, the Office of the Prosecutor retained three of its directors.

Weeks later, four other companies were suspended due to the failure to comply with the deadlines for environmental regulation and to find a baipas of water discharges that was out of the norm.

According to Coloma, the industrial discharges are the ones that have done the Salado the most damage, since their waters contain detergent, oils, fats, chemical substances, among other liquids that go directly to the estuary, which has prevented a greater decrease in the level of contamination. (I)

More than 450 fishermen benefit from dock in Cojimies