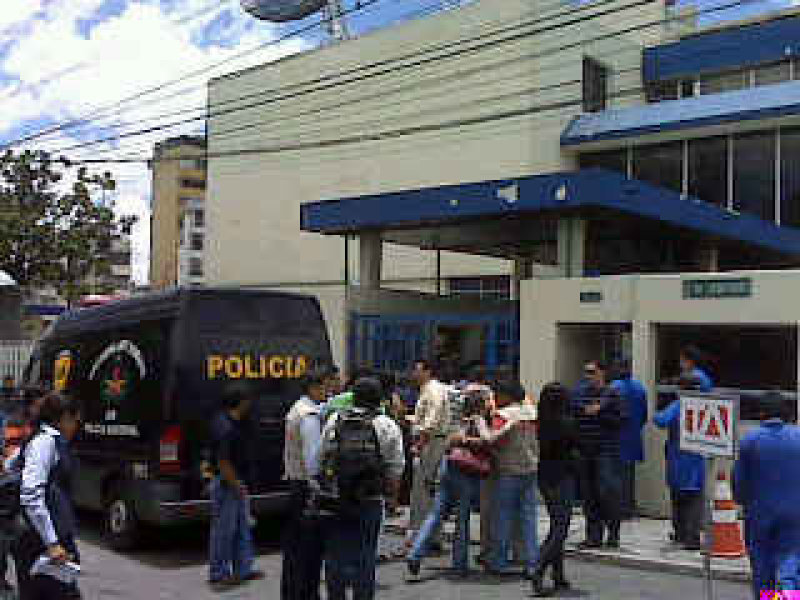 Chaos striked on the building of Teleamazonas and the transit of streets around it. At around 10h30, a telephoned bomb thread made more than 200 employees from one of the most criticized TV channels by the government evacuate their building in Quito, Ecuador.

“Good morning, Teleamazonas”, one of the employees said when the calling entered. Then, a voice replied “It’s not that good of a morning cause we’re gonna blow you off in a thousand pieces”. Immediately, the alarm spread over the Departments of the building to evacuate their staff.

The staff of the TV Channel came out to the Granda Centeno Avenue while the police arrived, with a truck, trained dogs, and personnel to find the bomb inside the building.

80 minutes after the checking of the building and its surroundings, however, there wasn’t any sign of the object, and the staff of Teleamazonas was allowed back inside.

In december 2009, a low-power device exploded outside the building of Teleamazonas, without any victims or damages reported, and eight months before that, another package exploded scattering flyers.