23,506 disaster victims are in shelters 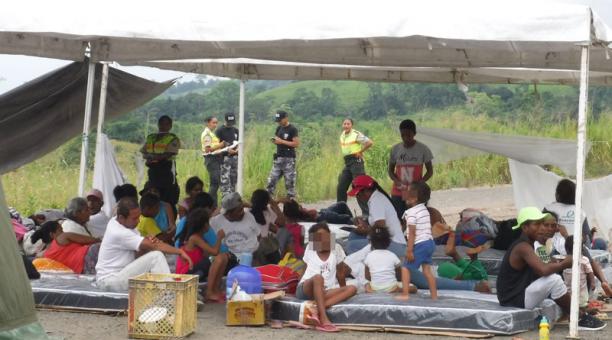 In all these there are about 1880 people. They received mattresses, sheets, clothes and food by the Ministry of Economic and Social Inclusion. But only part of those affected went to the shelters.

That group of people of Pedernales and nearby towns of Manabi is included in the 23 506 people group that is in shelters in the affected provinces, according to the report by the Secretariat of Risk Management, until yesterday at 15:30.
Something similar has been done in other Manabi populations, such as Portoviejo, Calceta, Bahia de Caraquez, Rocafuerte, Manta …

20 shelters have been installed in the towns of Pueblo Nuevo, El Salto, Palma Junta, Tres Vias, Bellavista, Puerto Nuevo and Chamanga. Around 1,500 people live in these temporary shelters, according to Jeaneth Rodriguez, Councillor for Muisne.