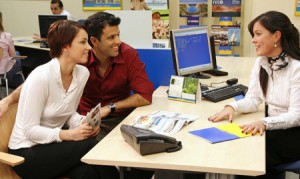 Due to the conflicts in the Middle East, travel agencies have recorded declines in sales of tours to countries in the region.

In Ecuador, for those working in travel agencies, the latest terrorist attacks in Europe and the bombings in Syria have caused changes in tours and itineraries; especially in tours to the Middle East, a destination that had gained ground for its culture and religious sites.

Carolina Endara, sales executive of Ecuatours, says that one of her clients had planned to travel to Turkey in January next year, but because of the bombings in Syria (a bordering country with Turkey) he chose to change his plans and visit Brazil.

In Ecuatours, she mentions, they have also seen how Egypt is no longer promoted by the conflicts in the area. Furthermore, in recent months there were only two clients who decided to continue with their plans to travel to Jordan despite the refusal of their families.

According to data from the Ministry of Tourism, in 2012 there was an increase in tours to the Middle East. That year there were 1,602 departures from Ecuador to countries of the area. The figure has fallen and in 2014, 1,205 people travele there.