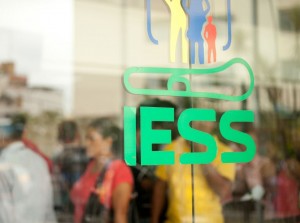 Unions of workers and pensioners requested information from the authorities of the Ecuadorian Institute of Social Security (IESS) on the decision of the Board of the institution to reduce the resources received by the Pensions Insurance and increase the resources of the Health Insurance to cover the medical care.

The decision was made on November 13, with the votes of the members of the Executive branch, Richard Espinosa, and the representative of the affiliates, Luis Clavijo.

Clavijo was given priority at the same meeting, a day after the then representative of the affiliates, Paulina Guerrero, was dismissed from her charge for alleged abrogation of functions.

Guerrero was opposed to the decision to reallocate contributions because she considered that the measure “does not solve the long-term problem of the funds but increases the risk of liquidity.”

Remigio Hurtado, president of the Confederation of Public Servants, questioned that the member of the affiliates voted in favor of redistribution of contributions without consulting the constituents.

He (Clavijo) should have consulted those who chose him. A more thorough analysis should have been done,” says Hurtado. Five polling stations voted for the spokesman of the affiliates, according to the regulation of the Social Security Act.