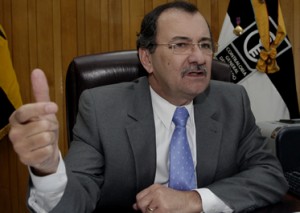 The Comptroller General´s office will intervene in 24 public institutions in the Esmeraldas province from June 9, 2014 . This was announced by the Comptroller Carlos Pólit, who took the decision as a result of multiple citizen complaints received by the Public Hearingon May 28.

Through an Institutional Agreement control actions would be made feasible. The exams will count with the participation of 73 auditors from the Provincial Offices and the matrix of the Comptroller General´s office. Accounts, Incomes, expenses , services, procurement and execution of works , administrative and financial operations will be examined.

This intervention will be made in the municipalities of Atacames , Esmeraldas , Eloy Alfaro, Quinindé , San Lorenzo and the Port Authority ; Provincial Directorates of Health and Environment ; Magap ; Provincial Government ; IESS – Esmeraldas ; Sports Federation ; Termoesmeraldas ; Attorney of Esmeraldas and the National Development Bank .