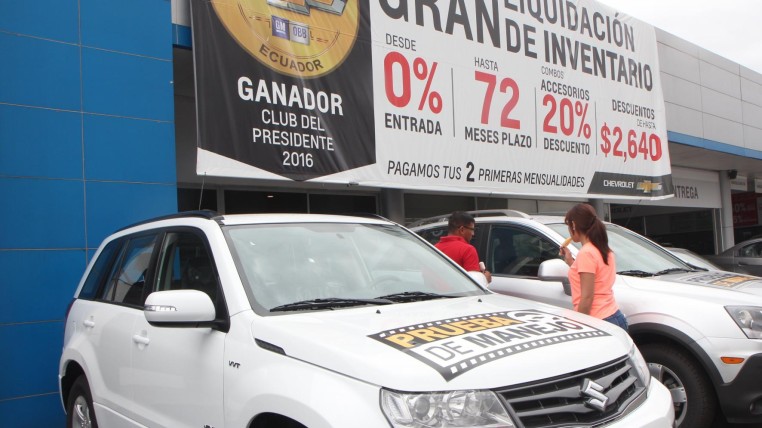 The last quota of the year the automotive sector had to import vehicles finished in five hours and 2,400 units are dammed in the Customs office. The record time, say the business owners in the country, shows the deficiencies of this system and therefore they hope the announcement of the Government to remove this measure next year.

The $ 70 million the Government set for the sector, from October to December this year, were exhausted in the early hours of Saturday. That involved, said Miguel Murtinho, that all imported vehicles stopped clearing and began to be sold.

The manager of the Ecuadorian Automotive Association (AEA) said that the announcement of the Minister of Foreign Trade Juan Carlos Cassinelli, opens a door so since 2017, concessionaires are free to bring more vehicles into the country “and thus meet the customer needs.”

However, in the courtyards of certain businesses, talking about what kind of models would again enter the local market is difficult since the scope the measure will have is still unknown. “What we have to see is what are the conditions that exist, these are not even given,” says Wilson Galarza, president of Autolasa.
Source: http://expreso.ec/economia/carros-represados-restriccion-importacion-vehiculos-ecuador-escasez-ventas-HK738119