History of the Austro in an exhibition 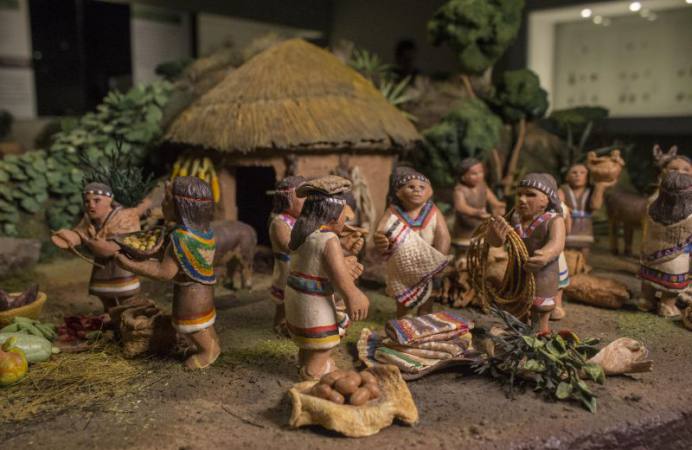 An archaeological and anthropological journey of more than 10 thousand years in the historical evolution of the first inhabitants of the Austro is presented as a new option of recreation in the Museum. Since last week, the Pumapunku Permanent Archaeological Hall has been reopened: Worlds of Memory.

This space describes the scientific work carried out during the 80s in the archaeological site of Pumapungo, a landmark icon of Cuenca.

330 recovered material pieces are exhibited, half of them were found in the Pumapungo archaeological site, and they are made of ceramic, stone, metal and shell spondylus, indicates the Ministry of Culture and Heritage in its web portal. These patrimonial goods are complemented with dioramas that describe the daily life of the human being in six historical periods: Preceramic (Chobshi), Narrío, Tacalzhapa and Cashaloma, corresponding to the Integration phase of the Cañari culture; Inca and the Colony.

Jorge Ortega, a museographer at Pumapungo, mentions that the project expands the cultural themes represented inside the architectural container with the archaeological site. “The theory can connect and feel with the vestige”.

The Inca presence (between 1480 and 1600) and its influence in the Cañari country are also portrayed in the exhibition. (I)