4 critical points of the economic plan 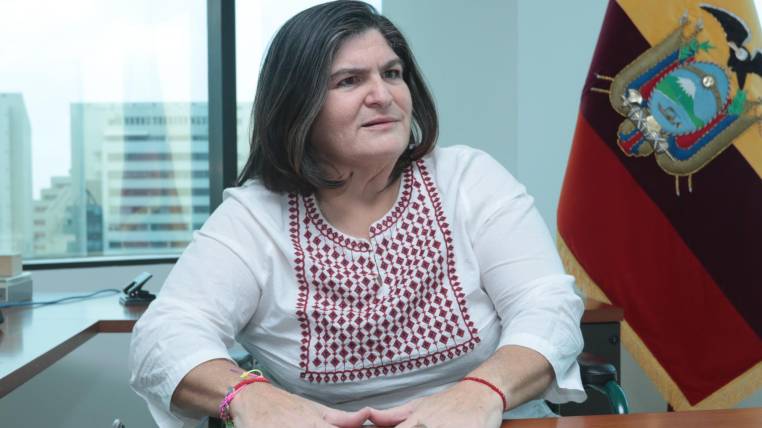 How to cut the proper cables to deactivate a pump. The economic front defines its plan, but as the Finance Minister, María Elsa Viteri has stated, the measures are expected to impact the population as little as possible.

However, government officials have said that they are studying possibilities that are very sensitive and can have a high political cost.

In these days, ministers of the economic front meet with Viteri to define the plan that, according to Moreno, expects to be announced at the end of the month.

Subsidies, more taxes, safeguards or greater fiscal adjustment are the sensitive issues on which the Government must make a decision.

“Everything is a matter of study, of investigation,” said the minister of Industries, Eva Garcia, who added that she will meet with Minister Viteri to discuss the economic plan.

On the issue of subsidies, said he is in favor of focusing and that is one of the alternatives handled by the Government.

He said he will raise issues such as the revitalization of the stock market for companies to finance and incentives to production.

Viteri has stated that she is not in favor of raising taxes. However, that possibility is not ruled out either.

For Carlos Marx Carrasco, former director of the Internal Revenue Service (SRI), it is important to reduce the fiscal deficit and for this there are some ways: increase income, reduce expenses, or increase revenues and improve the efficiency of spending. For this, one of the options is to re-profiling the external debt, says the former official.

In order not to increase taxes, says Marx Carrasco, it is also possible to improve the collection of taxes and work to reduce evasion.

Francisco Briones, director of Research at the Chamber of Commerce of Guayaquil, says that increasing taxes or safeguards would be an error. “It would be a mistake to increase taxes in the situation we are in, because that would indicate that the same recipe from the past is being followed: raise taxes to maintain public spending.”

Until February of this year, the fiscal deficit was $ 4,518 million. The Government’s goal for this year was $ 4,103 million.

The internal and external debt totaled $ 49,000 million until February of this year. The total commitments of the Treasury came to $ 69,000 million as of December 2017. (I)

A book is published; A wasted decade, a criticism from the left to the model of Rafael Correa