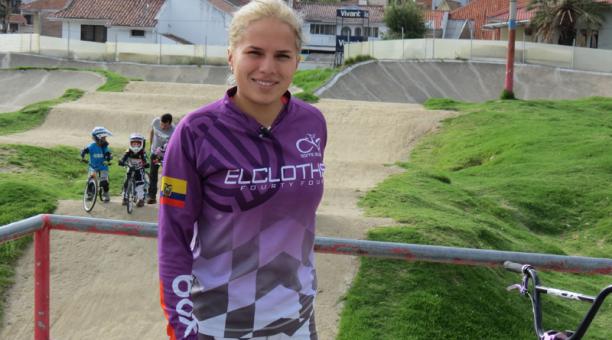 The former youth world champion of bicicros, Doménica Azuero, premiered this year with a gold medal in the Latin American Cup that was held in Sucre, Bolivia. In this way, it showed that it is in the process of recovering to reach its best technical level.

Azuero overtook Brazilian Julia Alves Dos Santos and Argentina’s Mariana Diaz, who had to settle for the silver and bronze medals. The competition was developed in two rounds, last Saturday and Sunday.

According to Miguel Azuero, father of the athlete, with the Latin American title accumulated 120 points for the ‘ranking’ of the International Cycling Union (UCI). With that score, “he said,” he has the potential to move up to 25th in the elite general classification.

Azuero, 21 years old, returns to the country today with the purpose of continuing his preparation, with the goal of participating in the first two valid Continental Cup, which will be in Rock Hill (United States), between March 23 and 24 . Each stop will award 60 points to the winner, for the world ranking.

Then she will travel to Paris (France), venue of the Supercrós World Cup, scheduled between March 30 and April 1. His preparation during the day is five hours, on track, gym and route; his main trainer is the French Thomas Allier.

In her training in Cuenca she has the support of national technicians Paul Valdivieso and Erick Loa. There are also the physical trainer Diego Zhañay and the psychologist Esteban Paredes.

All of her races scheduled for this year are eligible for the classification of the International Cycling Union (UCI) and, therefore, help to add in the search for a quota for the Olympic Games of Tokyo 2020.

After her victory, the Cuencana cyclist stressed: “I am very happy and satisfied with what I was able to do this weekend here. In the last three races I participated, I was able to accumulate 180 points for the UCI classification; that leaves me very happy.

Another Ecuadorian who took the podium is Isabella Peña, who won bronze and silver medals in the first and second rounds, in the two days of competition. Their main rivals were the Colombian Melissa Vargas and Laura Bedoya and the Chilean Macarena Pizarro.

Azuero started the 2018 season with a gold medal in the BMX National, which was developed in Tena. She is recovering from a serious injury that took her to the operating room and took her away from the tracks. The Latin American Cup brought together riders from Colombia, Ecuador, Peru, Chile, Argentina, Brazil and Bolivia. (I)