Nine days after arriving in Quito the flight from Fujian (China) , in which the 49-year-old Chinese citizen arrived with symptoms of the coronavirus and was in critical condition until Thursday, the companions on that flight still have no symptoms of an acute respiratory disease that alerts a new suspected case of coronavirus in the country. 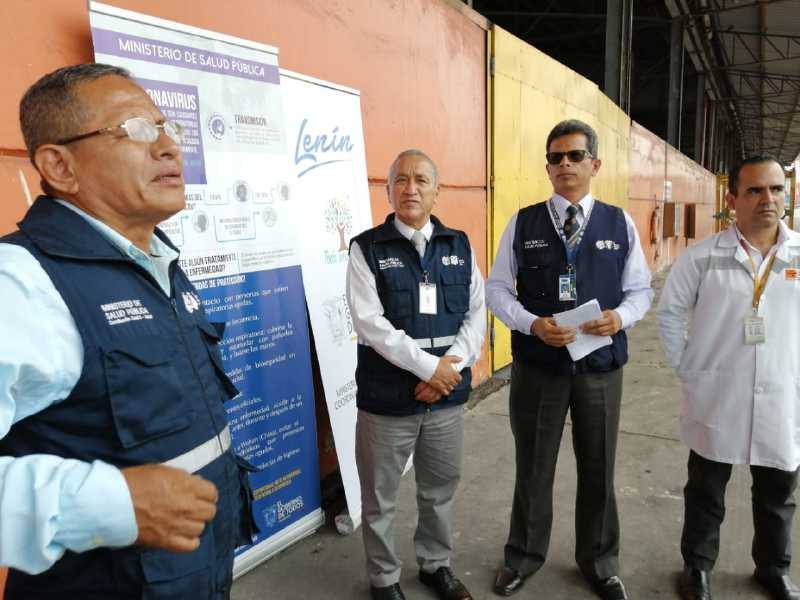 The Ministry of Health (MSP) reported that 42 passengers, who traveled in the eight rows ahead and behind the Chinese citizen, are under epidemiological siege.

Aracelly Álava, a virology specialist, explained that the incubation period can be prolonged up to 14 days to present the symptoms and that people who shared with him should be closely observed.

Until Thursday afternoon, authorities of the MSP and the Eugenio Espejo hospital in Quito, reported that the patient has compromised organs such as the brain, cardiovascular and renal apparatus. So there is a high probability of death.

Although confirmation of the sample of the suspect case has not yet arrived from the CDC in Atlanta, Minister Catalina Andramuño said procedures are reinforced.

“We collected phone numbers and emails from passengers to monitor them. Epidemiologists call them or go to their homes and have no symptoms. Two follow-ups are followed: a companion and someone who received him here in the country, ”he said.

Meanwhile, the MSP defined 15 hospitals in six provinces of the country that are prepared and will serve as a reference or isolation for suspicious cases, if they occur.

Authorities indicated that these are from the public and private network, that they have the necessary equipment.

José Wongsang, from the Charity Society of the Chinese Colony , explained that yesterday they planned to celebrate the Chinese New Year at a restaurant in the city, but they canceled it at the warning of the coronavirus.

“There was an important recommendation of the Chinese Consulate in Guayaquil, which should avoid acts where there are many people, we have suspended to protect the health of guests,” he explained.

Both Chinese and their descendants and Ecuadorian businessmen explained to this newspaper that this alert also caused the suspension of commercial trips, studies, among other projects planned for the beginning of the year in China.

Diego González, president of Link World Ecuador , said that with a client they planned to travel to China on Saturday, but they already canceled the trip.

“He was going to buy machinery, to go to factories, but we could not specify because of this alert, some businesses are suspended,” said the businessman from Guayaquil.

“It is a multisystemic virus, it affects many organs, not only the bronchial and pulmonary alveoli, but also the circulatory system and renal function that are vital functions for the life of the individual … However, we cannot point out that the case of the Chinese citizen is coronavirus because there is no diagnosis yet. It affects older adults and underlying diseases more, viral diseases and especially this virus affects many organs … would need to see in eight days if someone in your environment develops symptoms …

In general, handwashing is vital and that every person who feels sick buys their mask, they should not move from the house to see how they develop symptoms, they cannot wander from one place to another in hospitals, that is a mistake , especially because there is accumulation of people. A little more communication is needed, to reassure people, only in serious cases seek specialized attention. It favors us that now the temperature is high (in Guayaquil) and the viruses do not subsist in high temperatures, rather they are in cold temperatures… the temperature is important… I consider that the measures should increase in airports and international bridges. In each hospital and each one must have an area assigned to temporarily contain people, make first analyzes, but not send them to wander … the Health authority has to have a meeting with hospitals to have a room and handle cases with their clothes of protection…”.

Banana farmers are looking to sell more to Asia