Paulina Aguirre has a goal for February 9, the day on which the Oscar Awards Gala is held: to draw attention “on the immigration issue we live in the United States”. For this purpose, it will be present at a post-gala event that will take place in a Harry Warner mansion, valued at $ 40 million, and that will bring together celebrities from the world of cinema. 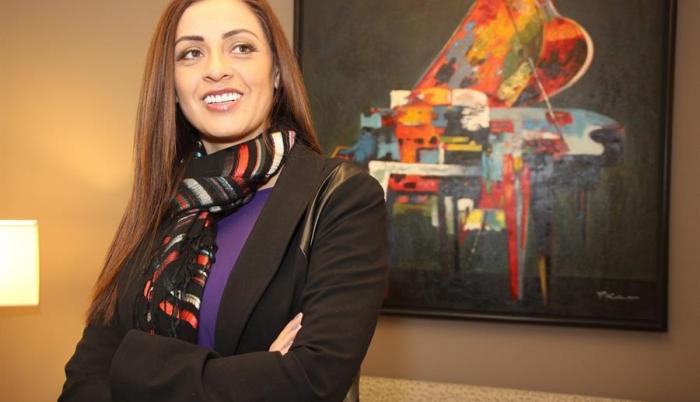 The party will include a cocktail, a charity dinner and a live musical event, which will open with the 20-minute performance of the Ecuadorian singer and author.

Aguirre plans to start his presentation with ‘Canoíta’, which he composed alongside rappers Vico C and Taboo, of the Black Eyed Peas. The theme was not chosen at random: it meant a silver seagull at the Viña del Mar festival in 2016 in the Folk Song category, in addition to that it refers to the “shout of those who have no voice”, the Latin migrants who travel the American continent.

“The social theme is superimportant, in California, Los Angeles and Hollywood are very democratic and very pro-migration,” he told Efe in a telephone interview from that American city, defending that executing that song, “strengthens us as a message.”

In his repertoire, Aguirre will release an unpublished song, ‘Again’, to close with versions of songs as well known as ‘Kiss me a lot’ and ‘Maybe, maybe, maybe’, which he recognizes with laughter, “he really likes gringos. “

She has lived in the United States for 17 years, where she became a twenty-year-old. And although the auguries were not very good, the Quito was not discouraged. Her tezón led her to win her first Grammy nomination in 2007, for two years after winning a Latin Grammy thanks to her album ‘Waiting for your voice’.

His performance after the Oscars integrates a luxury cast and will precede that of American actor and musician Dennis Quaid and his band The Sharks, and that of British DJ Paul Oakenfold.

“As an Ecuadorian, I am very happy to be in this event and have had the consideration of opening this door,” thanks the singer who attributes her participation to her “group of friends.”

The organizer of the entertainment part of the party, Daphna Ziman, known for her events in Cannes and Monaco, president of Cinémoi and founder of the NGO Children Uniting Nations, decided to give the Ecuadorian a chance after her themes circulated in Hollywood .

The donations that are obtained in the gala meeting will be destined to an association for children in foster care, precise.

The singer considers that each one has “a destiny that you are forging with the things that are given to you, unique opportunities”, such as the opportunity to liven up this event after the most important awards of the cinema and before outstanding figures of the seventh art.

Her Latin roots also lead her to not forget her family, who will accompany her in her performance: “The act will be very beautiful and will have the participation of the Ecuadorian community.”

Recently he met with the Madrid composer Alfonso Aguilar, author of the music of the animated film “Klaus”, nominated for the Oscar and with the director of “Harriet”, Kasi Lemmons, feature film that addresses the issue of slavery and women , which he considers one of the favorites at the next awards gala.

“I have a lot to do with leadership, breaking patterns, being warriors and fighters. The issue of machismo is still a battle that we live in all of humanity ”, values ​​the Ecuadorian, who heads a foundation called“ Woman of faith ”.

Currently embarking on the promotion of his latest single, “Like the others”, Aguirre will make a break to make his way in Hollywood, and incidentally, launch a warning not only to his audience but also to Latinos.

“The message I want to convey is that Latinos are present, that dreams are possible, constant work and talent will always bring good results,” he concludes before greeting very “especially to many people in my country.”

The 92 edition of the Oscars will be held on February 9 at the Dolby Theater in Los Angeles.