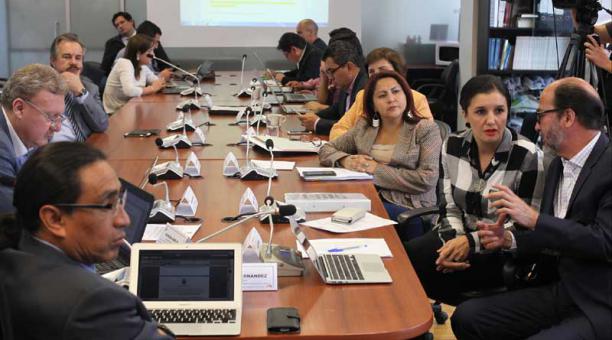 Finally, the Committee on Economic Regime welcomed the proposal of the Ecuadorian Social Security Institute (IESS) so that this entity covers the deductible of the affiliates who have private health insurance, as long as patients are referred from the same IESS to private nursing homes.

This is one of the four amendments to the Act that, in the discussion of the report for the second debate, was renamed Incentives Tax Act for Various Productive Sectors and Interpretative of the Organic Code of Territorial Organization (COOTAD).

In the Commission´s session on August 30, Geovanna Leon, director of the IESS, presented the sustainability of the initiative that seeks to lower spending on health benefits of the entity. In return, incentives for nursing homes and private practices to cover those medical care, are offered.

Two years ago, 420,714 affiliates to IESS possesed private insurance. Of these, 26.5% was treated by the IESS or derivative to its external providers, because the entity could not provide the service. This generated an expense of USD 71.5 millions; that means that USD 641,75 per served affiliate were spent. The proposal is that the IESS assumes the deductible if the member chooses to use their private insurance rather than nursing homes of the IESS. The cost for the insurance in six years (2016-2021) would be between USD 154 millions and 703 millions. However, the entity would save for health benefits between USD 616 millions and 2 812 millions, which would be assumed by the insurance companies.