50 Chevron brands were seized in Ecuador. 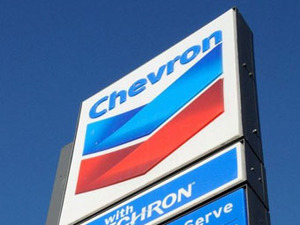 The Ecuadorian Institute of intellectual property (IEPI) proceeded to the seized of 50 brands of the Chevron company, by a disposition of the Court of Justice of Sucumbios that gives the administration of trademarks, and the collection of royalties that generate in the Ecuadorian territory to the IEPI.

The director of the IEPI, Andrés Ycaza, said yesterday that this measure seeks to create guarantees for the payment of part of the debt of the oil company, in the context of a sentence for $19 billion. The official explained that Chevron may not sell or transfer the rights of brands.

For his part, Juan Pablo Sáenz, plaintiff lawyer against Chevron, said it will be necessary to make an assessment of the value of the brands, but “the problem with this is that, given the irresponsibility of Chevron-Texaco, in recent years, the value of its brands are losing value in the market.

However, he noted that there have been previous calculations that put a price of around USD 100 million, approximately.

So far Chevron has not lodged any appeal against the IEPI; but the spokesman for the oil company for Latin America, James Craig, believes that what happened “is one violation to the part of the Republic of the Ecuador international law.