50 million barrels to sell to China; Ecuador has 8 current contracts

The new long-term sale of crude oil analyzed by the public company Petroecuador , to obtain financing from China, would compromise the delivery of around 50 million barrels of oil over five years, as reported on Friday, June 12, 2020, a source close to This process. 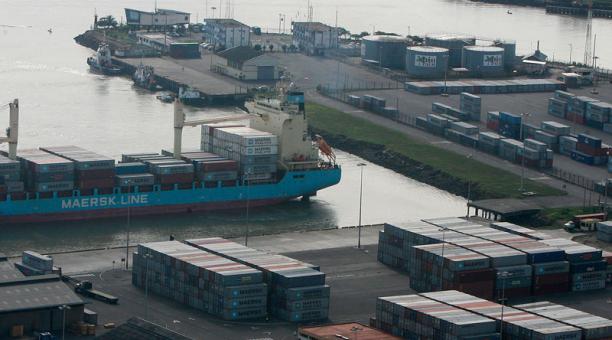 50 million barrels to sell to China; Ecuador has 8 current contracts

Petroecuador , however, mentioned that the matter is still under analysis in the company’s Board of Directors.

This operation is part of the new agreement Ecuador is seeking with Chinese banks to access new financing, the finance ministry reported last month.

On average, between June and October next, the country expects to get USD 2.4 billion through this channel.

It is estimated that USD 1.2 billion will arrive in June from the Industrial and Commercial Bank of China (ICBC); in July, 1 billion from China Development Bank (CDB) and the remaining 200 million will be disbursed in October.

Of the global amount, between USD 300 million and 400 million will be used to prepay debt from a previous operation with ICBC and, in this way, restructure these obligations in better conditions.

This new debt will be assumed and covered by Finance . Petroecuador, meanwhile, will manage the long-term crude sales contract.

If this new crude operation is carried out, the availability of this raw material will be further reduced for commercialization abroad in the following years.

This is explained by the fact that Ecuador currently has eight long-term crude presale contracts in force with the companies Petrochina, Unipec and Petrotailandia .

Around 300 million barrels of oil are still committed to these companies until 2024.

In addition, the payment of around USD 3.192 million is also pending for the credits or advances that these companies delivered tied to the sale of crude oil. These disbursements, as well as the delivery of oil, are made on a schedule.

In relation to hydrocarbon deliveries this year, for example, Ecuador must allocate 105.5 million barrels of oil to meet these obligations.

This amount represents 98% of the 108 million barrels of oil available that the country has to commercialize in the international market, according to the scheme of the situation of the long-term crude oil pre-sale contracts that Petroecuador manages .

The availability of hydrocarbon is expected to increase progressively later, as these commitments are fulfilled .

At the end of this year, for example, the crude deliveries of three contracts will end, one with Petrochina, with Unipec and with Petrotailandia .

This will allow, according to the current long-term presales scheme, that in 2021, 75% of the oil for export will be committed by said contracts.

And then it will continue to decrease until reaching 22%, in 2024. In that last year, the State must dispatch 15.8 million barrels to the companies Petrochina and Unipec .

The scheme could change once the new operation is completed. Given this scenario, it is necessary for the government to establish an oil policy so that the next administrations promote the increase in production, in order to have more crude oil that can be commercialized, said Xavier Orellana , former vice minister of Foreign Trade .

Currently, Ecuador produces around 527,502 barrels of oil per day, according to the report of June 11 of the Hydrocarbon Regulation and Control Agency (ARCH). Part of this raw material is allocated

for the production of derivatives, for pre-sale contracts with Asian firms and with other companies.

In order to have greater oil production in the medium term, the government will have to promote private investment and promote bidding in areas such as Suroriente, which is still pending, said Fernando Santos, former energy minister.

Hass avocados can generate more than 300 million dollars for export