A 50-year-old man, a mining worker, from Yantzaza, Zamora Chinchipe province , in the Ecuadorian Amazon, is patient zero with the Brazilian variant of coronavirus. 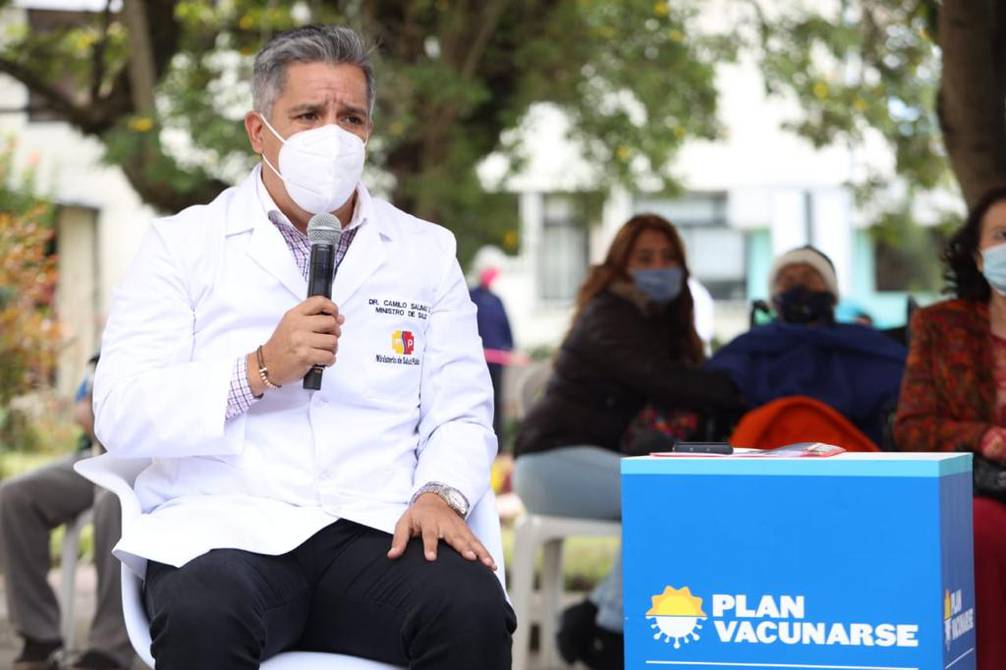 The Minister of Health, Camilo Salinas, gave details of the person infected with the P1 variant

This was mentioned by the Minister of Health, Camilo Salinas , in an interview with Teleamazonas.

The official maintained that it is presumed that this person was in a hotel where a marriage took place.

Salinas said of the state of man’s health that it is critical, but it evolves in a favorable way.

He said that on March 18, that person went to Loja to have his occupational health checks performed and a PCR test was performed, but at the time the result was made, the result came out negative because it was still in incubation time.

But on March 30, he began to feel the symptoms, he went to the Yantzaza hospital, they treated him and immediately referred him to the Social Security hospital in Loja.

Before hospitalization, a patient with a Brazilian variant would have been in a hotel where there was a wedding

The head of Health added that they are actively searching for the case, which is important in an epidemiological fence, so as not to leave any contact of the case or without medical attention or evaluation.

The two cases that we have as an index of case 0 are the parents, they are older adults, they have not presented clinical manifestations, the mother, on Monday and Tuesday has had a slight discomfort, we have done the tests anyway, we wait for the investigations