The economic proposal of the elected president, Guillermo Lasso , can be summed up in one word: liberal. This philosophy appears in the declaration of principles of its Government Plan . “We believe in a free, entrepreneurial economy with opportunities for all,” he says. 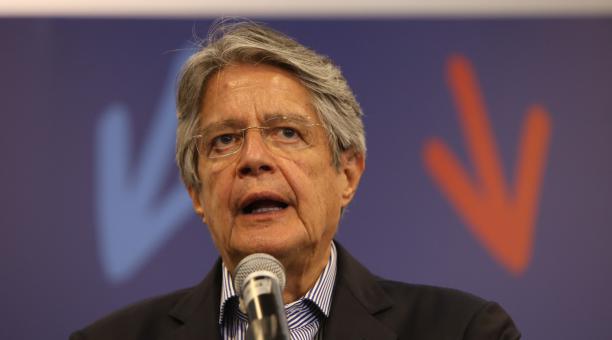 Ecuador’s president-elect, Guillermo Lasso, announced that he will lower VAT for four holidays a year to promote tourism.

The phrase is, at the same time, the manifestation of the thought generated by the Fundación Ecuador Libre , founded by Lasso 15 years ago and which defines itself as a ‘ think tank ‘ (laboratory of ideas) dedicated to research and public policy proposals.

The statements were collected by four advisers of the center, who wrote the Plan of Government of Lasso , under the leadership of Francisco Briones, analyst and professor of economic development (see infographic).

This liberal vision is reflected in four axes of the economic plan: employment, taxes, internal and external trade and financing.

Regarding employment, the proposal is to promote the inclusion of young people and women in the labor market , “giving greater freedom of contract in companies.” In addition, he proposes to raise the salary to USD 500; that is, an increase of 25%.

“Very ambitious.” This is how Vanessa Velásquez, lawyer and secretary of the Ecuadorian Institute of Labor Law, qualifies.

For her, the next government will be able to fulfill the offer only “if it goes hand in hand with a comprehensive labor reform .” In his experience, “the locks that restrict freedom of hiring modalities make employers think long before giving way to a hiring”.

This newspaper learned that Ecuador Libre already has a dozen legislative projects drafted, which must be approved in coalition with other political forces, since it does not have a majority in the Assembly.

Among these is the “Labor Opportunities Law”, with which hiring mechanisms will be sought to promote employment for university students, technicians, empiricists and mothers.

One mechanism that the law will contain is the double deduction of income tax for hiring beneficiaries of the Human Development Bond . A technical rule will also be developed for the annual calculation of the unified basic salary and the modalities of seasonal and task contracts will be promoted.

On the subject of taxes , Lasso said Tuesday that he will eliminate the 2% tax for microentrepreneurs and, progressively, the 5% foreign exchange tax (ISD). On the value added tax ( VAT ), he said that he will raise it on four holidays a year, in order to promote tourism .
The way to crystallize his plan is a tax reform , the text of which he will present in the Assembly on May 24.

The changes are intended to promote trade and national and foreign investment. In fact, the Government Plan also talks about creating the Minimum Tax Regime for Entrepreneurs, which is focused on alleviating the payment of taxes to businesses such as bakeries, shops, restaurants, bazaars and more.

For Napoleón Santamaría, Lasso’s proposal has a shortcoming: he has only listened to his people and not to other sectors. “The proposal talks about eliminating the ISD, but what really should be a reform of the tax to eliminate it for some goods and in other cases maintain it. “Importing computers is not the same as liquor,” he says.

The tax reform is tied to the third point, which is trade . Lasso’s vision is pro-market, that is, “he will prioritize the search for niches for the placement of more Ecuadorian products in the world,” explains economist Alberto Acosta Burneo, who is part of Ecuador Libre.

The elimination of the ISD seeks to encourage the entry of new investments, the free flow of capital and, as a consequence of the market, the reduction of the cost of goods.

Regarding financing, Lasso’s plan has two objectives: to strengthen the financial system by increasing international reserves and to lower country risk to achieve external financing with better conditions.