BREAKING NEWS
Álvaro Noboa’s supporters protest outside the CNE
Álvaro Noboa’s supporters gather at the CNE to ask for his presidential candidacy to be registered
Electoral Council surrounded by supporters of the politician Álvaro Noboa, who demand his registration for the 2021 national elections
American schools summon Ecuadorian teachers by 2021
National Geographic highlighted Ecuador as a major cocoa producer
CNE and OEA carry out a course for female candidates in Ecuador
CREO and PSC contested the candidacy of Álvaro Noboa
Álvaro Noboa could not be a presidential candidate in Ecuador for Justicia Social
Ecuadorian shrimp farmers concerned about the increase in the import quota in the EU to countries without trade agreements
Álvaro Noboa would dispute populist votes, according to analysts 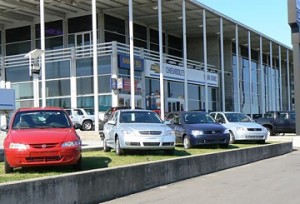 During the first four months of this year,  $161,1 million in vehicles were imported  i.e. 54% of the quota in dollars allowed for the import of cars, according to figures from the Servicio Nacional de Aduanas (NES).

According to official statistics, a – 7% was recorded from January to April on the import of vehicles compared with that period last year.

Associations of importers, as the Ecuadorian Association Automotive, have indicated that the restriction would affect (concessionaires) businesses that already showed a decline in their sales of trucks of 10.73% in the first quarter.

Banks must use electronic money system