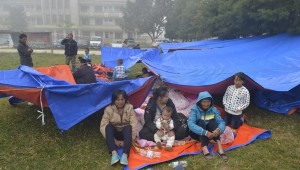 On Tuesday night, the Chinese province of Yunnan (southwest) suffered a 6.4 magnitude earthquake, which left one dead, over 300 injured and 50,000 displaced.

“Many houses collapsed and we are investigating the human losses,” said a local authority.

The epicenter was located about 85 km from the city of Pu’er.

The Yunnan area is vulnerable to earthquakes because it stands above the failure between the Indic and the Eurasian tectonic plates, which form the Himalayas.

Ebola case is confirmed in Spain