$ 8.200 million were not reported as debt due to crude presales 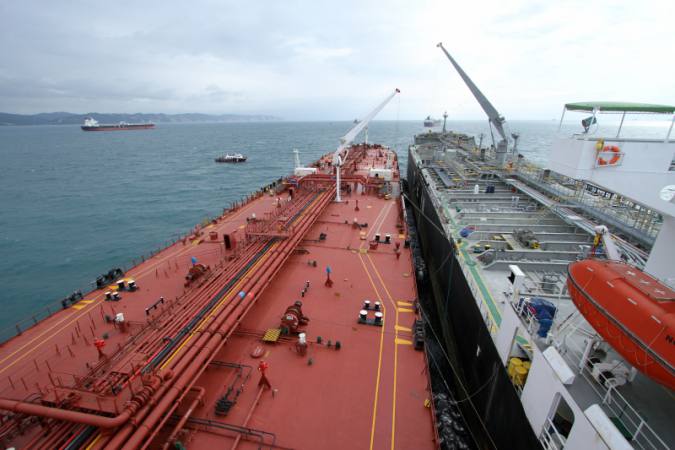 This calculation is included in the preliminary audit report of the debt contracted in the period from January 1, 2012 to May 24, 2017.

The auditors of the control body explain that in those years there were five contracts for the anticipated sale of crude, for a total of $ 8,200 million: one with PetroChina Company Limited, two with Unipec Asia Co and two with PTT International Trading of Thailand.

In their conclusions, however, they point out several irregularities: that the pre-sales were registered as “commercial contracts” and not public debt, that the money that arrived did not have a project to finance and served to “give liquidity” to the budget, and that the Authorities of the Ministry of Economy and Finance (MEF) did not issue the technical norm nor verified that with these obligations the debt / GDP ratio was exceeded.

The Comptroller’s Office determined that of the $ 8,200 million contracted from 2012 to 2016, $ 1,600 million were not disbursed by PTT International Trading of Thailand.

On the other hand, as early as January of this year, neither the MEF nor Petroecuador could explain to the auditors the destination and use of the money from these operations. The Ministry said that these funds entered the Unique Account of the Treasury and that being fungible “it was not possible to determine its specific use”. The oil company replied that “the Treasury area does not have the information requested.”

The anticipated sales of crude have also been reviewed by the Comptroller in a dozen special examinations, which have determined, for example, that most agreements did not have technical reports to establish the amount of oil that would be sent in exchange for the advance.

An investigation of EL UNIVERSO published on December 11 last year revealed that Ecuador received $ 18,020 million of 13 oil pre-sales made since 2009, in financial conditions that were not favorable: interest rates did not decrease as expected by the authorities and the amount of barrels committed was not related to the real economic income for the country.

In the preliminary audit report, the Comptroller also notes that there were payments to PTT International Trading that were not made with oil, but with cash. They were $ 35.9 million paid by the Ministry of Economy.

These transfers served the auditors to argue that this way “it is confirmed that the corresponding operations (…) were of public indebtedness, satisfied with the delivery of crude oil and with payments in dollars”.

In its conclusions, the Comptroller’s team indicated that the Ministers of Economy (which for the period of the audit were Patricio Rivera and Fausto Herrera), as well as the Undersecretaries of Public Financing and national directors, did not issue the respective regulations and regulations and incurred in omissions that go against the strengthening and sustainability plan of Coplafip.

Through his legal prosecutor, Alexis Mera, the former president sent an office to the comptroller Pablo Celi, in which he insists that the pre-sales are commercial operations.

It is based on the Coplafip regulation: “The anticipated sale of a good or service of a public company is not considered a public debt”. (I)

The Government’s message that terrifies the importer

The Amazon jungle is shown with crafts in Orellana