A Chinese citizen who wanted to remove 213  seahorses from  Ecuador   was detained at the ” José Joaquín de Olmedo ” airport in the port city of  Guayaquil , in the southwestern part of the country, according to the  State Attorney General’s Office this Monday . 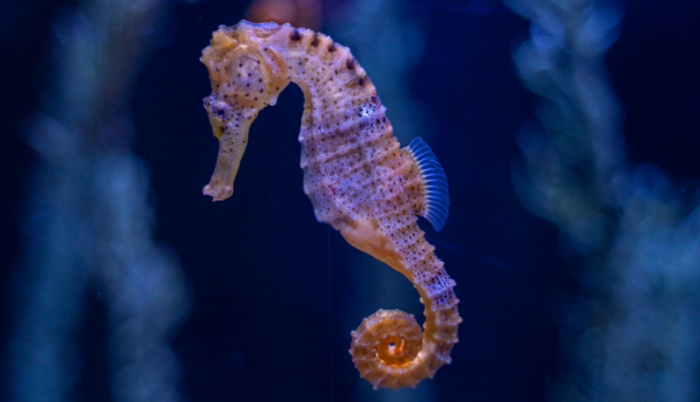 The detainee, identified as  Wang J. , Had planned to travel to Amsterdam when he was apprehended in the pre-boarding hall of the Guayaquil air terminal, the Prosecutor’s Office said in a statement.

At the flagrante delicto court hearing, the prosecutor Víctor Altamirano presented the arrest report, the version of the detainee (assisted by a translator) and the 213 seahorses that were found in five plastic sheaths, each weighing one half kilogram. , hidden in the Chinese’s luggage.

Precisely, the foreign luggage had been subjected to a scanner test where the shipment of hippocampi was detected that, according to the detainee’s version, he intended to take to the Netherlands.

The anti-narcotics agents of the Police, upon noticing the content, notified their colleagues of the unit for crimes against flora and fauna, as well as officials of the  Ministry of the Environment,  who filed the complaint with the respective judicial authorities.

The Criminal Guarantees Judge  Marco Torres  ordered that the Chinese citizen appear on Mondays and Fridays before the prosecutor who is handling the case and prohibited him from leaving the country.

Finally, the magistrate summoned the parties to the direct procedure hearing (which concentrates all the stages of the process in a single trial hearing) to be held on October 7.

The Prosecutor’s Office indicated that this process was applied based on the provisions of article 247 of the penal code, which punishes crimes against wild flora and fauna with prison sentences of one to three years.

For its part, the Ministry of the Environment specified that the arrest of the Chinese citizen took place last Friday and that the pertinent legal procedures were carried out together with the Ecuadorian Foreign Ministry and the Chinese Embassy in the country, so that the judicial process can be carried out with success.

The trafficking of this species is illegal, as established by the  Convention on International Trade in Endangered Species  (Cites), because it is recognized that they are on the verge of extinction, the Ministry mentioned.

In addition, he categorically rejected the crime of ” illegal wildlife trafficking ” and appealed to the public to report events of this type.