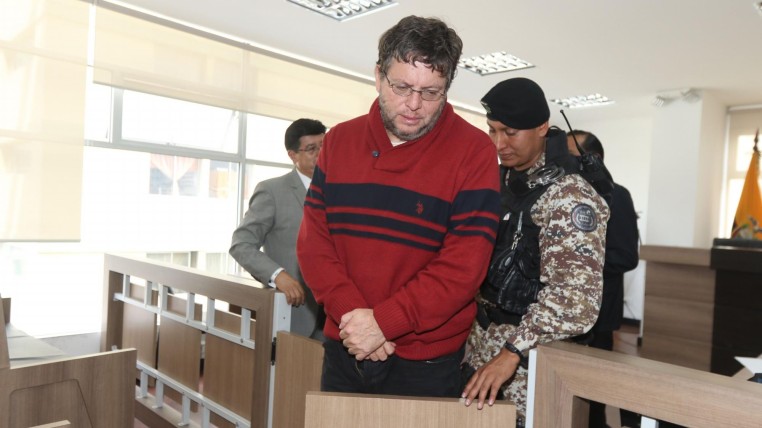 Former energy minister Alecksey Mosquera and his lawyers Rigoberto Ibarra and Christian Molina received a refusal from the court of Pichincha.

The court did not give way to the appeal of the pretrial detention issued on April 22 against Mosquera. He is detained for alleged money laundering.
The former minister of the current government was singled out in the statement of Odebrecht´s former lawyer Rodrigo Tacla for allegedly receiving about one million dollars from the construction company.

At the hearing presided by Judge Xavier Barriga, Ibarra said there were not enough arguments for pretrial detention.

Prosecutor Fabian Salazar, however, mentioned that an alternative measure to prison would not ensure the appearance of the suspect in the process. The court found the measure to be appropriate.

Ibarra said that his client is willing to provide information that can contribute to the investigation. He did not rule out his collaboration. He also confirmed that his client did receive money as payment for a service.

The Tzantzas and the truth behind them