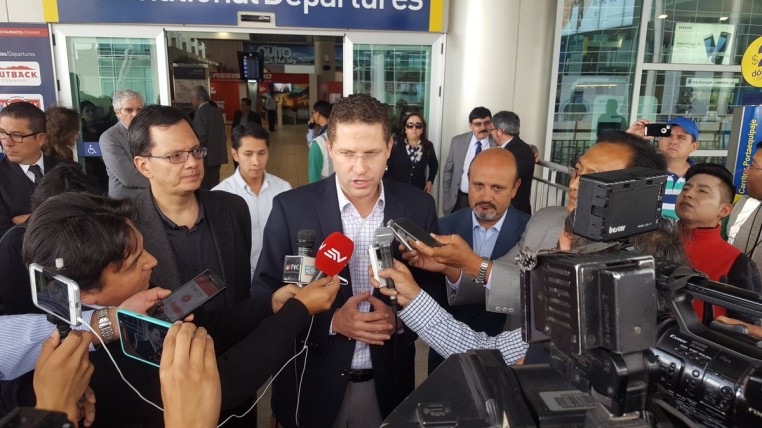 The councilors of PAIS and its allied movements in the city of Quito blocked yesterday an initiative to declare the Venezuelan president Nicolas Maduro “persona non grata,” who has been invited to the presidential inauguration of Lenin Moreno.

“The arrival of Maduro to Quito lands can only generate the rejection of the citizens who believe in democracy,” said Del Pozo, after his request was denied (I).

Lasso tells a Chilean newspaper that Ecuador needs a substantive change, not of style