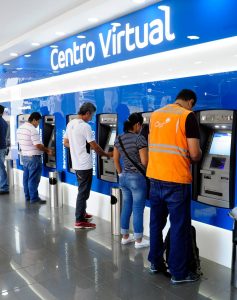 The National Finance Corporation (CFN for its Spanish acronym) started the search process of those interested in purchasing the Banco del Pacifico.

The decision to sell the institution was announced in May by President Rafael Correa during his Report to the Nation.

This state agency is the bank’s largest shareholder after the shares transfer that took place in January through the Executive Decree 941 of November 18, 2011.

That year the bank’s shares were valued at about $ 300 million, according to information from the Central Bank of Ecuador (BCE).

Maria Soledad Barrera, president of the Board of the CFN, revealed that the sale process began with the hiring of MBA Lazard, a French firm of financial advice and assets management, with headquarters in Paris, New York and London.