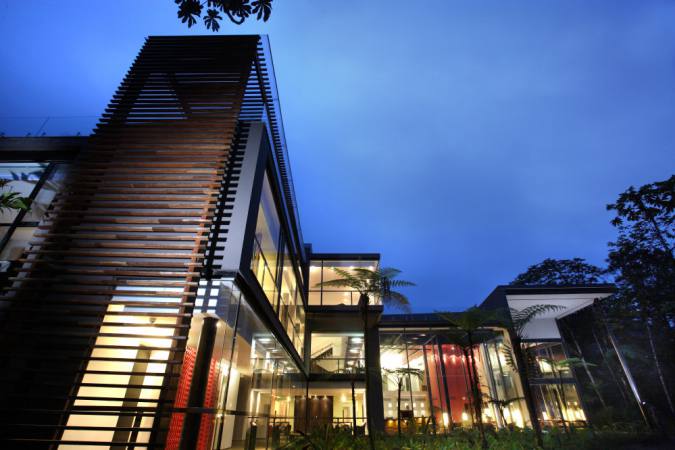 Mashpi Lodge is located in the heart of Equatorial Chocó, three hours from Quito, and is part of the ‘Amazing Hotels’ series of the British news network BBC.
TV presenters Giles Coren and Monica Galetti penetrated the almost unexplored Mashpi Reserve, a hotspot that is part of the tropical Andes, and showed to the world a beauty hidden in the bowels of a megadiverse Ecuador.

The series is broadcast in English; However, for Spanish readers, the same BBC published a report on its website bbc.com/mundo, showing the fusion between luxury and nature through photographs.

The glass predominant structure cost $10 million. LED lights illuminate this sanctuary that is hosted by local staff and is part of a project that has managed to preserve one of the most diverse habitats in the world.

In the Mashpi Reserve of 1,200 hectares, scientific research has made it possible to identify several species of frogs that were thought did not exist in this region of the forest.
Lodging in this luxurious “glass bubble” costs an average of $ 1,500 per night per couple, including meals and some of the tours, like ‘flying’ over the forest on an ‘airbike.’