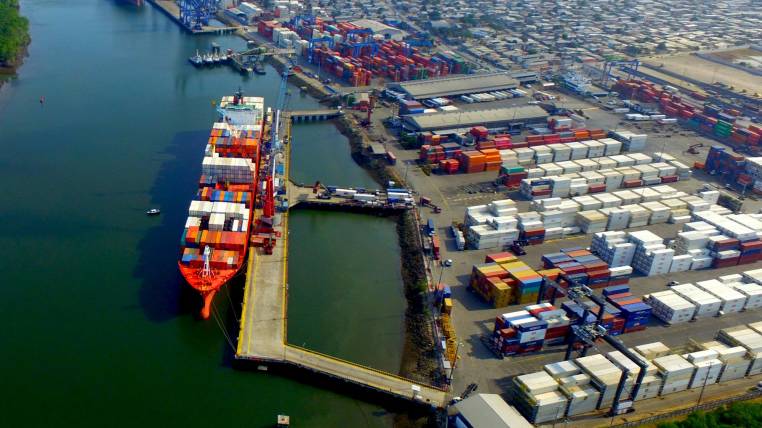 The dredging of 90 kilometers of the access channel to the ports of Guayaquil consolidates the maritime sector in Ecuador in a current that is not new worldwide: great alliances.

Of the four offers presented Tuesday to the Municipality, there is a very special one, since it merges three of the most important companies in the world: the Belgian Dredging Environmental Marine Engineering (Deme), the Chinese consortium CRBC Shanghai Dredging and Transoceánica. It is called ‘Consortium Canal Hacia el Futuro’.

The multinational group SAAM, of Chilean origin, through a letter, also offered financial support to whoever wins the tender made through the Public-Private Partnership system to deepen the channel of maritime access to ports and the Guayas River. Diario EXPRESO confirmed the information with people close to the company in Ecuador.

SAAM provides services to international trade through its three business divisions, port terminals, tugboats and logistics. He has more than 50 years of experience. It is in 13 countries of America and generates employment for more than 8 thousand workers. In Ecuador it manages the second terminal in importance, TPG (Port Terminal of Guayaquil) on the island Trinitaria. It is associated with local and global operators, including SSA Marine, the largest terminal operator in the US. UU; SMIT, second largest operator of tugs in the world and subsidiary of the Dutch group Boskalis and American Airlines.

Transoceanica is strong in the shipping sector: agency to CSAV, Hapag Lloyd, NYR Group (also Lan and Lufthansa). In Ecuador, it also has a transport company and a container yard, Tercon.

CRBC, in its preliminary draft presented in June of last year to prepare the prospectus of the Cabildo, gave important inputs to prepare the basis for the call for deepening the access canal to the private terminals of the city, including maintenance, operation, financing and transfer. Its rate – collection per ton of gross registration – was the lowest.

The companies Royal Boskalis, Van Oord, Jan de Nul are the other three interested in the access channel gradation. All are recognized in the business of channel dredging and maritime engineering works. EXPRESO has not been able to obtain more information about the offer of these companies, since the Commission of Dredging of the Municipality still analyzes the technical offers, before the economic ones. It is expected that the work will be awarded by September. No additional information will be given until the deadlines are met.

According to national experts, the subsidiaries of Jan de Nul – another participant – have dredged, or are doing, the DPWorld Posorja, Puerto Bolívar (Flanders) and Manta (Envisan) channels.

The boats will be able to continue arriving until the ports that are the estuaries in the Guasmo, Fertisa or Trinitaria; and those who are in the Guayas River.

The boats will be able to bring more cargo in the same vessel, which implies to make more efficient both the export and the import operations.

The ports of Guayaquil are closer to the industrial zones that import raw materials and to the areas where exportable production is generated.

The hinterland or zone of influence of Guayaquil is the most important, which implies that the cargo should not travel long distances in trucks.

The transfer of containers by land generates at the same time greater emissions of polluting gases. Guayaquil has all the logistic services closer. (I)