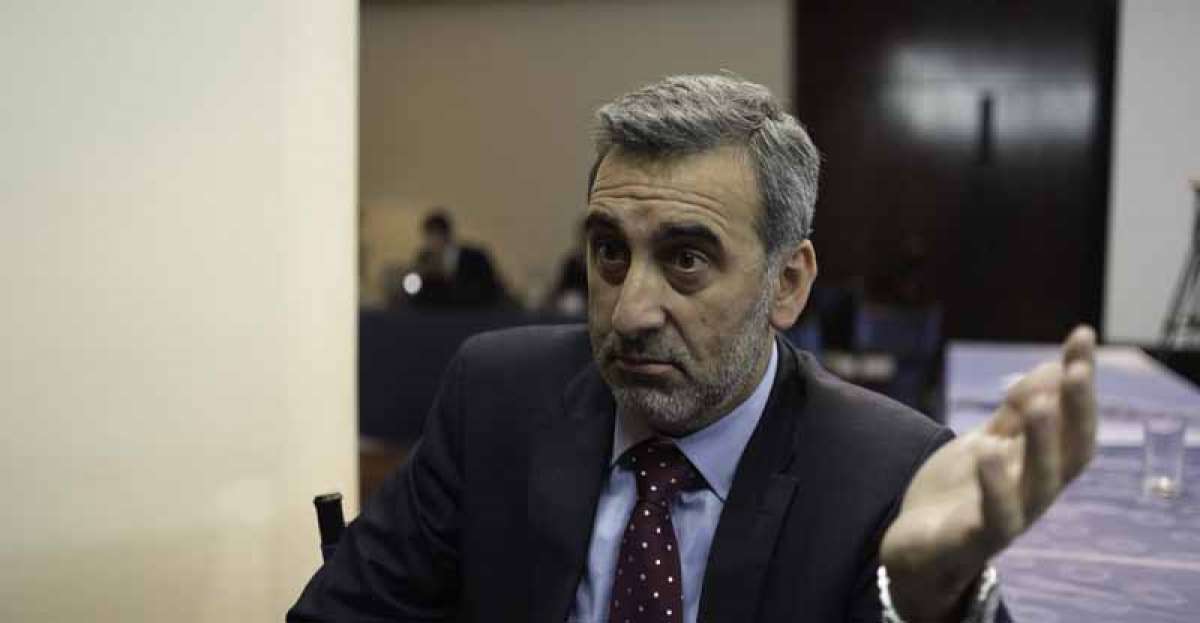 For the commissioner of the IACHR, the State cannot decide how to exercise the right to seek, process and disseminate information because it is prior censorship. The Rapporteur for Freedom of Expression of the Inter-American Commission on Human Rights (IACHR), Édison Lanza, assures that in Ecuador it is “evident” that there is a positive change in the relationship between the press and the Government.

The commissioner maintains that among the reforms to the Organic Law of Communication, several points must be analyzed, among them: the repair of the mass media with the creation of “non-repetition policies” for the violation of “fundamental freedoms”.

The Rapporteurship for Freedom of Expression of the IACHR was one of the agencies that most closely followed the relationship between the press and the Government in Ecuador.

Are there changes at this time?

It is evident in the tone and the relationship between the Government and journalists. We went from a government that discredited the press that stigmatized it and treated it with the worst qualifiers, to a government that gives lectures, that answers the questions of the press.

There is an abysmal distance and if we add the invitation to the Commission and the Rapporteurship, to work from different levels to improve freedom of expression, implement regulatory changes and a monitoring system for journalists crimes is a change that we salute and value.

What are the most urgent regulatory changes?

There is a process to reform the Communication Law. We present a document to the Government and the Assembly, welcoming some proposed changes, but we also encourage that some provisions be studied in greater depth.

One is the right to reply we believe that it must be adjusted to Article 14 of the Inter-American Convention, which states that the answer is not applicable to any allusion to a person except when it is found that the journalist or media publishes an information with grievances, therefore, that needs a specific judicial procedure. It should not be like now that an official wanted to impose a response and imposed himself as a media holder. Another issue is the right to the circulation of information. There are a series of prohibitions that we believe should be revised.

There is a sector of the public that says that people should be protected from press abuses … With that praiseworthy goal for 10 years in Ecuador, it was tried to impose and control all the activities of journalists and it was not a good way.

We said that from the international organizations, but those norms were applied that generated much damage to democracy and Ecuadorian journalism. There were media that closed, journalists who left the country, fear, inhibitions, lack of an investigative journalism of corruption facts that are being investigated today. That is not the way.

What is the way?

In democracy we cannot see the media as a bad or harmful element as they were presented in the previous Government. There must be a positive discourse towards the media by the authorities, recognizing their role in democracy that is substantive.

Now the right to freedom of expression is not an absolute right, there are mechanisms to protect people who feel affected. There is the right to reply, the self-regulation of the media is clear and transparent; promote press councils that can evaluate citizens’ complaints; promote journalism in universities or public media that do not devote themselves to opponents but to make quality journalism.

But in this discussion we talk about new media, incorporating controls into digital media … It’s a subject that jumped out and we have to start debating, but we must remember that they are media of a different nature, they have a different logic and technology.

We must promote open forums, debates and the Rapporteurship is committed to that. But at this moment trying to place these media in a Communication Law is not the way.

The current Communication Law has a core that supports all its articles, that communication is a public service, you are against, why?

The communication implies the right of any person, groups, guilds to seek and receive information. That is a guarantee of the people against the State, which cannot be limited except through conditions stipulated by international law.

You said that the Ecuadorian media should be repaired for the years of the Communication Law. How would that repair be?

You have to think about a mechanism. If the State is recognizing when sending the bill and public statements that the law violated fundamental freedoms of all media in international law must repair that damage and implement policies of non-repetition. And this is the moment because the Assembly through the Law can solve it.

In international law these reparations are economic and public apologies. What would be the repairs?

We must not go ahead. It occurs to me to archive the legal cases that are in force, but they can also be symbolic or economic reparations, but I do not want to go ahead. (I)