BREAKING NEWS
Ecuador negotiates to pay debt until 2040 with lower interest
The vacancy of office spaces increases and rental prices tend to drop in Guayaquil
Galapagos: the jewel in the crown does not feed
Ecuador will present at the UN advances in Sustainable Development Goals
These are the benefits of eating bananas on an empty stomach
With only 9% occupancy, hotels already consider lost in 2020 and 2021
Filmmaker Sebastian Cordero: “The Academy has given a sign of inclusion”
Agrocalidad rules out presence of locust plague in the country
Four axes of business opportunities were highlighted in dialogue on the Reinventa Ecuador project
The US withdrew 300 visas from Ecuadorians linked to corruption

A network impersonated 1,000 identities to collect the Human Development Bonus 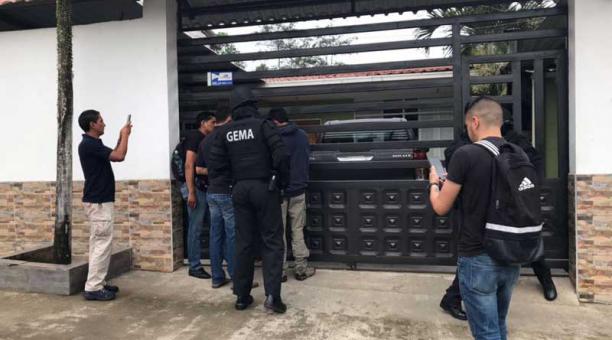 The victims were seniors. For five years, their personal data was used by a criminal network that, on their behalf, charged the Human Development Bond (USD 50 monthly). In Santo Domingo de los Tsáchilas, collections were made in non-banking correspondents.

Non-banking correspondents are a kind of extensions of private banks and operate in stores, pharmacies, cybercafés or stores. The transactions carried out with the ID numbers and the date of birth of the beneficiaries were made between 2013 and 2017.

Seven people who were part of this criminal network are accused of capturing that money. They used the identity of elderly people living in rural areas of five provinces of the coast and the highlands.

The Bono is an incentive the State gives to mothers, seniors, and people with disabilities, through the Ministry of Economic and Social Inclusion (MIES).

The investigations of the Unit of Management and Internal Security of the Presidency reveal that in five years the damage to the State amounts to 8 million. (I)

Request for impeachment for Augusto Espinosa for cases of sexual abuse