The exports of products primary as bananas , shrimp , tuna and wood had a negative performance during the first quarter of 2021.

According to the Ecuadorian Federation of Exporters (Fedexpor), the behavior of shipments of bananas and shrimp is due to two factors. The first is a slow economic recovery in the destination countries, which affects consumption capacity. And, second, the impact of the confinement measures that continue in some countries. 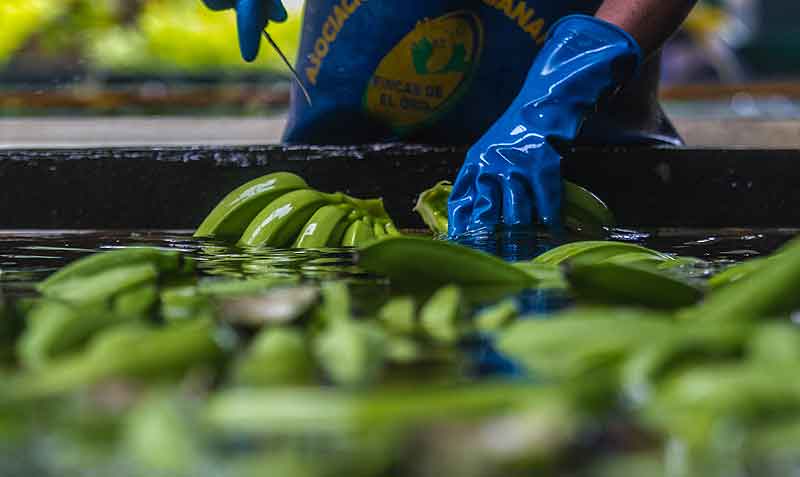 The banana fell by 12% its sales to the outside between January and March this year compared to the same months of 2020. In those results influenced the reduction of demand for fruit in Russia, China, the Middle East and even the European Union, explained Richard Salazar, director of the Banana Marketing and Export Association (Acorbanec).

The leader said that, for example, China is increasingly buying more bananas from its neighbors Cambodia, Myanmar and Vietnam. Meanwhile, South Korea buys fruit from Colombia .

The shipments of shrimp , however, fell by 5%. The crustacean drags a decrease in its shipments since the beginning of 2021 due to a lower purchase by destinations such as China , Spain and Italy .

However, the placement of this product is on the path of growth in the United States . USD 208 million was exported to that destination in this first quarter, 61% more than the same period in 2020.

In addition to the loss of the market , the sectors have been hit by logistical problems of maritime transport on a global scale, which have affected significant increases in costs to trade .

Felipe Ribadeneira, president of Fedexpor , explains that it should also be taken into account that the first quarter of 2020 is not a strictly comparable period with this year, since the first three months of last year were of growth and still not felt fully the economic effects of the pandemic .

Ribadeneira points out that, at this moment, exporters are making extreme efforts to adapt their offer and their entire production , marketing and logistics chain to the new demands of consumers , in a context in which the pandemic continues.

The export sector presented the new Government with a 10-year plan for the development and strengthening of the activity.

Another product that contracted its shipments in the first quarter was wood , as China’s demand for balsa to build wind projects fell this year. Tuna also dropped their shipments, by 25%.

On the other hand, other primary products such as flowers, abaca, cocoa and coffee registered a positive performance during the first three months of this year.

The momentum of the international price of the oil was reflected in shipments of the raw material. The crude exports rose by 33% compared to the first quarter of last year.

In the first quarter the price of a barrel of Ecuadorian crude was sold at USD 54.20 on average; that is, USD 16.19 more than in the same months of January and March 2020.