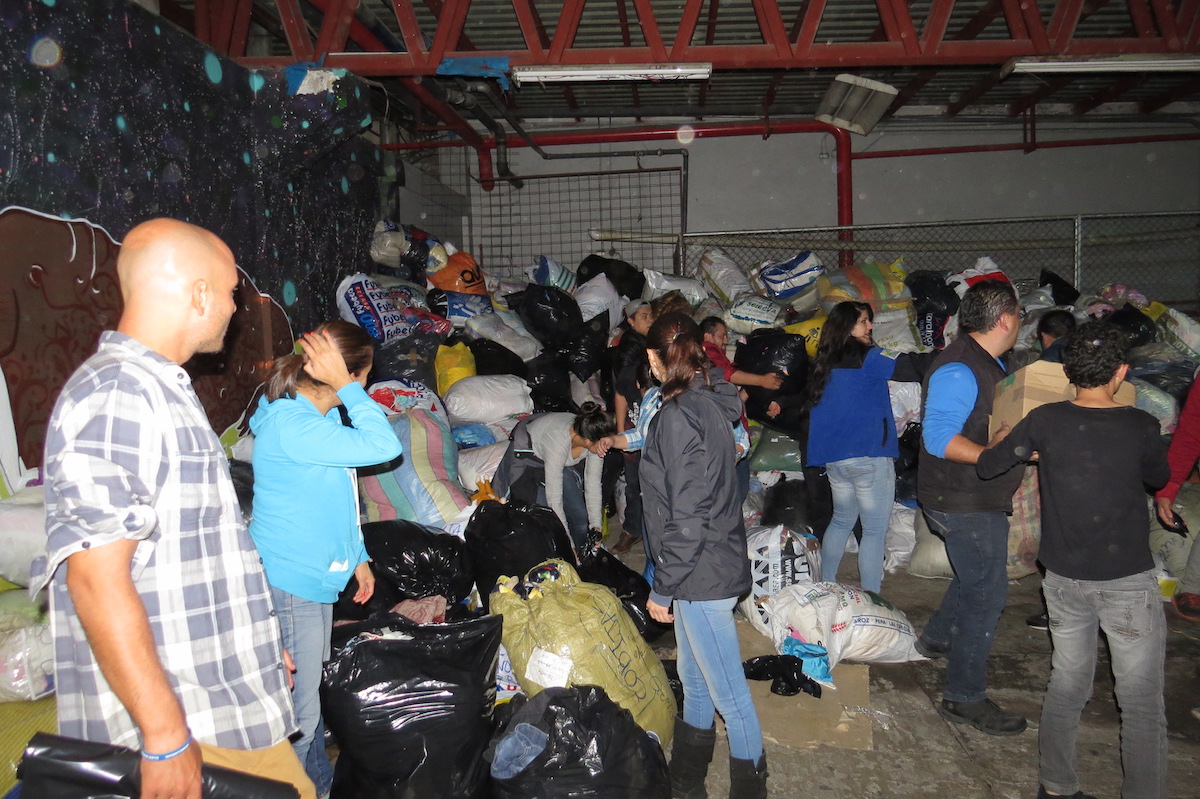 Different civil society organizations have called a Solidarity sit-in for Thursday April 28 in Quito and Cuenca, both at 17h00.

The main objective is to collect and classify donations that will be sent to Manabi and the south of Esmeraldas for people affected by the earthquake of April 16.

In Quito, the sit-in was summoned in El Arbolito Park while the Calderon Park was chosen in Cuenca.

Cristina Villagomez, one of the organizers, said to The Republica.EC that the main objective of the sit-in is to collect donations for the victims. But they also want to express “disobedience against state regulations that channel all the help through the MIES,” as well as to vindicate civil society and its importance in this situation.

Villagomez said that in such under the political direction of the sit-in is secondary. “There will not be flags, only Ecuador flags,” he said.

Credit and debt moratorium to reactivate areas affected by the earthquake