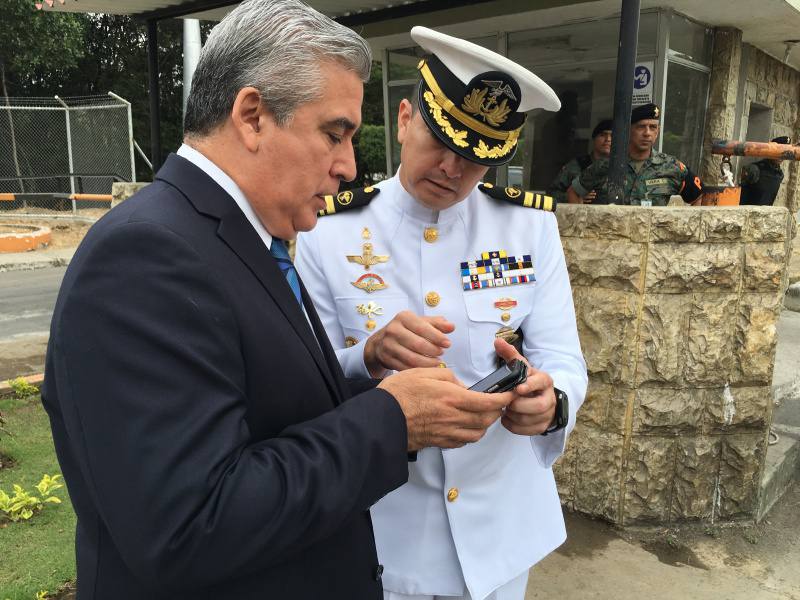 Lieutenant Commander Edwin Ortega Monday appeared before a third Disciplinary Council, based in San Eduardo, which had planned to try him for allegedly disrespecting President Rafael Correa, when answering an email.

Ortega had already been acquitted by a first Council, but the decision was overturned by a court order after a protective action filed by the President.

Ortega entered the San Eduardo Base, located in the southwest of Guayaquil, accompanied by his lawyer Juan Vizueta, who criticized the alleged irregularities in the process.

Vizueta was not optimistic when noting that they expect a sentence against him “because Ortega was already condemned by the President at a weekly address.” He added that they will resort to international bodies and that the State shall indemnify the officer.

Meanwhile, Ortega revealed he is going through a personal and professional crisis due to the proceedings against him.