About 2,000 Venezuelans ask to enter every day through Carchi 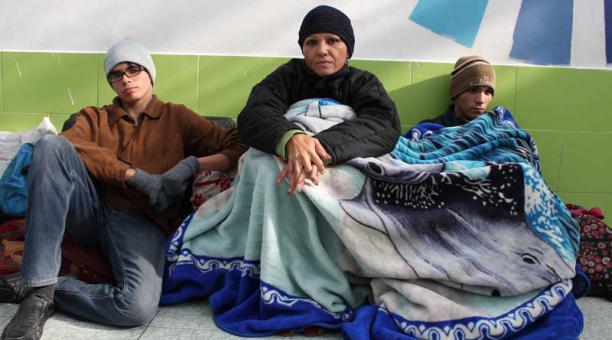 From the 20th of this month the migratory procedures, which were of 1200 to 1 500, increased to between 2 200 to 2 900. Of them, 70% corresponds to Venezuelan citizens, according to official sources. The phenomenon is related to the economic crisis, says Steep Vergara, coordinator of Zone 1 of the Ministry of Foreign Affairs. He also explains that many are on their way to Peru, Chile, Argentina.

“Although many say they come as tourists we all know that Venezuelans are fleeing from the difficult political and economic situation that our country is experiencing,” says Maria Andreina, 26. She left Táchira, Mérida, looking for a better future. She says that her destination is the Ecuadorian capital, where a cousin who sent her money for the trip waits for her. She hopes to get a job to bring her parents and siblings.

Many Venezuelan citizens have been prevented from entering Ecuador in the last hours. It is spoken of 800 people, but it is not an official figure. Apparently, the migration office is applying the inadmissibility provided in the Organic Law of Human Mobility, which came into effect on February 6 this year.

“We have information that Venezuelans are requested show the money that justifies their entry as tourists. But I consider that this regulation can not put into force because it was not informed through the official channels. These are requirements that Migration agents have been requesting for six days. That is a violation of human rights,” says Daniel Regalado, of the Association of Venezuelans in Ecuador. (I)

The opposition points to Attorney General to ‘judge’ Jorge Glas

A port dominated by executives, tourists, and young people