The Ecuadorian capital stood out in the list of the 50 most beautiful cities in the world that the Flight Network portal spread.

More than 1 000 writers, bloggers and travel agencies from all over the world collaborated to prepare the ranking “who have seen and experienced the best that the planet has to offer,” according to its website. 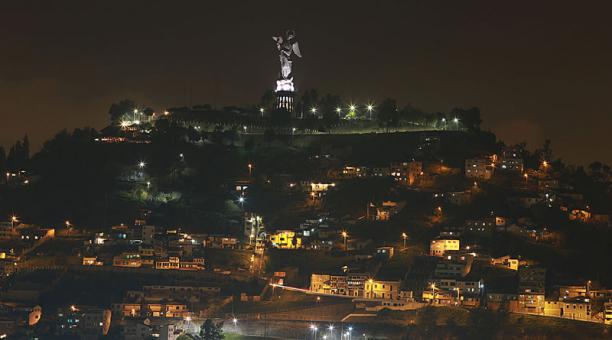 The list includes recognized cities of the world such as Paris, New York, London, Venice, San Francisco, among others. Quito occupies the 32nd position and is the only Ecuadorian city that achieved a place on the list.

The Albatros Travel International agency highlighted Quito as a “historic Spanish colonial city that has a fantastic view of the mountains.”

Flight Network ensures that the Ecuadorian capital is also distinguished by the friendliness of its people, its churches, the attractions of the Middle of the World, among others.

“Quito is a city that you can’t miss,” the review reads.

Flight Network recommends that travelers do not leave Quito without visiting the Church of the Company, which surprises with its interior decoration.

Of the gastronomic offer, the portal says that while there are restaurants to visit, the food offered on the streets is the best.

Recommends that “adventurous” diners find a restaurant where guinea pig is served. About Quito, Fight Network writes that they are “generally very friendly. No matter where you go, everyone will greet you while you walk. They are a group of relaxed people. ”

According to the portal, the pace of life of the Quito people allows visitors to take the time to enjoy what they see in the city, “but this can be a problem when it comes to public transport.”

In addition, the website highlights that while the main language heard in the streets is Spanish, it is also possible to listen to some people speaking Quichua, but that this should not be a concern for international tourists, because English is “Quite common.”

He adds that it is not usual to see the people of Quito wearing shorts in the streets and recommends that visitors wear casual clothes such as jeans or cotton pants.

Do not hesitate to warn of the unusual climate of the capital that changes “dramatically all the time. So dress in layers and be sure to check the weather applications ”to be prepared for possible rain, he recommends.

On the mobility in Quito, the portal highlights that “the best and most economical way to reach the city center” is to take a “green bus” to the Rio Coca station from where people can transfer “easily to the Metrobus to get to the Historic Center ”.

Stresses that you can also use applications like Cabify and Uber.