Adjustments to tax reform and a turnaround in electronic money 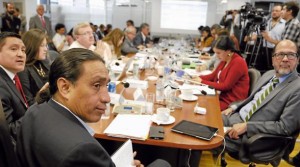 The government changed its position regarding the management of the electronic money system, which is currently managed by the Central Bank of Ecuador.

Yesterday (April 7), the Coordinator Minister of the Economic Policy and head of the Policy Board of Monetary Regulation Patricio Rivera, reported that the regime is holding talks with the private sector to take charge of the administration of the electronic money system, during an interview with the Ecuavisa newscast.

“You have to know that the National Government is currently talking with national and international private entrepreneurs so those who want, respecting the rules we have implemented within the framework of electronic money, can manage the system as it works in other countries.”