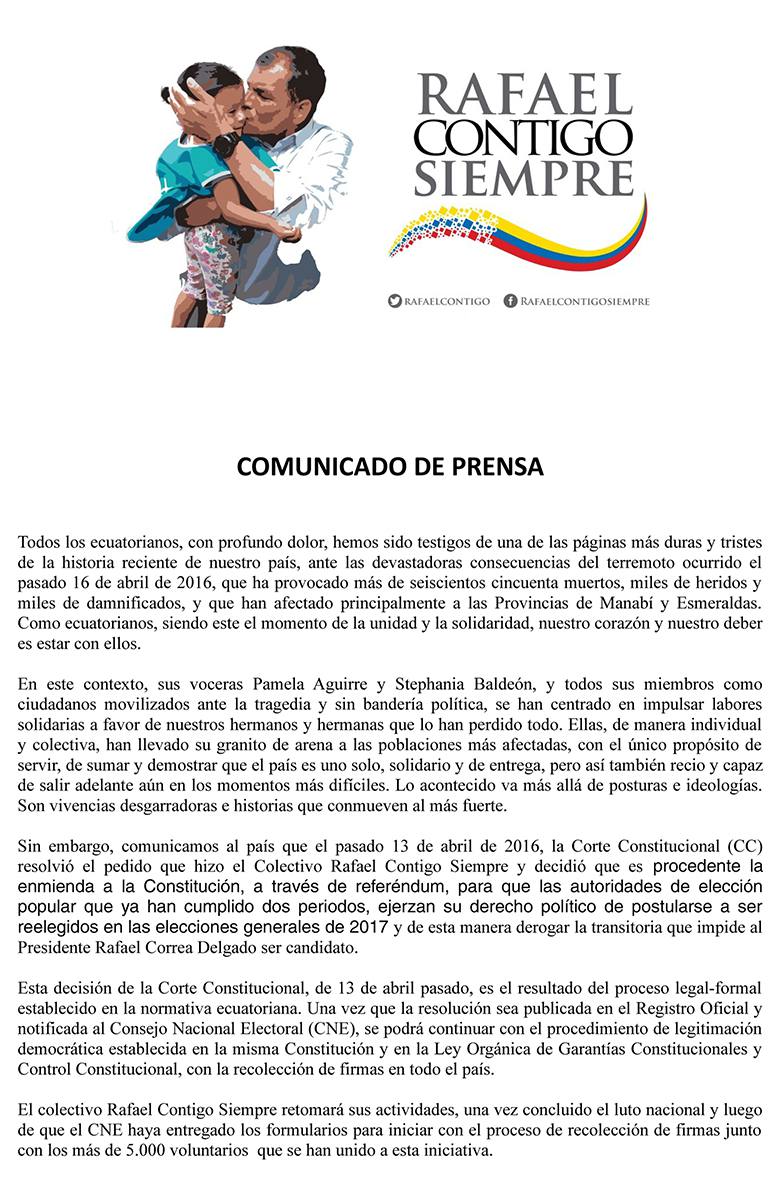 Until yesterday, the National Electoral Council (CNE) did not receive the notice of the resolution of the Constitutional Court (CC), that made feasible the request for a referendum to repeal the transitional provision of the amendment to the Constitution that prevents the immediate re-election of President Rafael Correa.

Spokeswomen of the collective Rafael With You Always, Pamela Aguirre and Stephania Baldeon, both former public servants, said in a statement they will resume political activism to collect signatures after the conclusion of the national mourning for the earthquake victims, and also expect that the CNE delivers the forms to start the process of collecting signatures.

At the time, they indicate, there are at least 5,000 volunteers who joined the initiative to collect signatures, as more than 900,000 valid signatures are required to call a referendum, but after the tragedy, the collective has focused on boosting supportive efforts in favor of the victims.

Public services must be reorganized