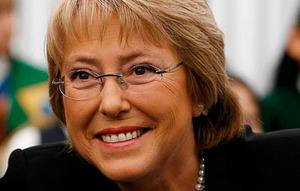 The former president Michelle Bachelet won again in the second round of the elections for the presidency of Chile with a total of 62.59 % of votes. During her speech she promised to make changes in the country and said that there are the economic conditions and policies to achieve this.

Election day was marked by high abstention of nearly 59 %. Bachelet addressed a crowd of people gathered at the front of a downtown hotel in Santiago and thanked her victory.

The re-elected president on Sunday took to promise serious reforms in order to reduce the profound social inequalities in one of the most stable countries in the region.

The White House will not negotiate with Edward Snowden