A total of 8 065 pets left Ecuador to more than 70 countries in the world, between last year and August 2019. But not all of them did so legally.

The responsibility for animal welfare leads pet owners to find the means to move them safely. 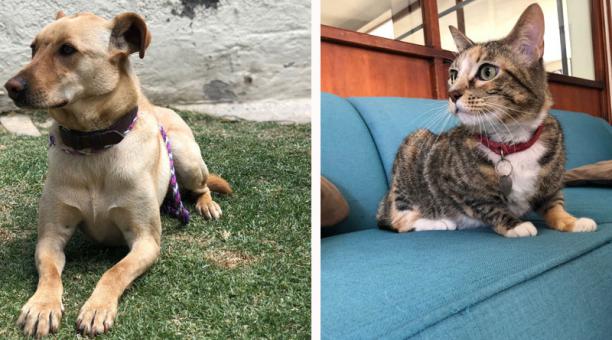 For that, the pet must meet several requirements, such as having vaccinations up to date and being dewormed. You also need a health certificate and a microchip.

In some regions such as the European Union, a rabies serological test is requested, which determines whether the animal has antibodies against the virus. With these requirements, the pet owner must approach Agrocalidad to obtain a Zoosanitary Export Certificate.

This document allows them to leave the country, but there are cases in which pets left the country with adulterated documents. Marmalade is a three-year-old cat who had to travel to Bahrain with its owner, Cristina Ayala.

She hired a company that offers the animal transport service, but did so only to perform the rabies serological test. With this document, you went to a veterinarian to update your pet’s health certificate and obtain the Travel permit in Agrocalidad.

The veterinarian reviewed the documentation and informed Ayala that the serological examination was false, so she had to start the proceedings from scratch. His cat could not travel. On August 7, Agrocalidad received the information about the falsified rabies exams, after another travel agency informed him about adulterated documents.

There began an investigation to identify if the entity had issued certificates with false exams. Christian Zambrano, national director of Animal Health of Agrocalidad, explained that they scanned all the certificates issued at the migration points of Quito and Guayaquil, between 2018 and August of this year. During that period, travel certificates were issued to 7 207 dogs and 858 cats for relocation in 70 countries.

Of them, at least a dozen animals could travel to Europe and Asia with adulterated papers. However, the figure could be higher since only the tests of a single laboratory have been verified.

Agrocalidad filed a formal complaint with the Prosecutor to investigate an alleged crime of forgery. It is the first time that problems are detected with pet exams that are going to travel abroad.

Zambrano acknowledged that until last month, when they learned about the alleged adulterated documents, it was not verified whether those papers were true.

“Only one of the laboratories gives us the possibility to verify online, the rest does not have that option. Now we are going to ask that the certificates be ratified by the laboratories ”.

The reason for not performing this control procedure, says Zambrano, is for a matter of time. “The user arrives with the certificate and is about to miss the flight. That time, in order to verify, we would have to send an email to the laboratory and wait for the response. But many times we already have the user there, ready to travel. ”

In Ecuador there are travel agencies that are dedicated to processing documents and moving animals.

Although users can perform most procedures, serological exams must be managed with an authorized clinic. Samples are sent to laboratories abroad.

The laboratory of the University of Kansas and the Institute of Public Health of Chile are the ones that receive more samples from Ecuador (because of the proximity).

These procedures are usually done by the company that offers the transfer of the pet, but several people claimed to be deceived by a travel agency that operates from Ecuador.

At least 15 testimonies of people who sought the service of this agency came to this newspaper.

Rosa Darbisi, for example, says she paid USD 13 300 to move her three dogs to Sicily, in Italy, but the pets did not arrive.

Darbisi published on several social networks what happened and managed to contact other people who said they had been affected by the same company.

The woman of Venezuelan origin filed a complaint for the alleged crime of fraud. His case is under preliminary investigation in the Prosecutor’s Office of Ecuador.

María del Mar Gallegos, her lawyer, says that although there are several affected by this agency, not all have filed formal complaints. One of the problems they have is that they are outside the country.

In other cases, the amounts they lost are lower compared to the cost of filing a lawsuit.

Some of those affected analyze starting actions together. This newspaper looked for the version of Francisco E., manager of the denounced travel agency.

He said that for the moment he will not give statements, but will present the discharge documentation when requested by the authorities.