Air traffic among CAN countries increased by 6.9% 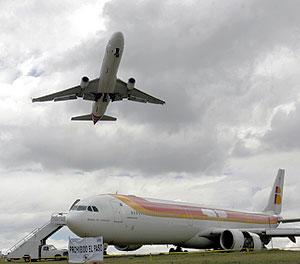 Air traffic among the countries comprising the Andean Community of Nations (CAN) had an increase of 6.9% from January to September 2014, the flow of passengers that embarked and disembarked from the different airlines that arrive to the CAN international airports was 17.57 million.

This is a higher number than 16.43 million who mobilized in the same period last year.

Ecuadorians who moved in and out of the area totaled 2.96 million, according to a study of the Civil Aviation Directorates of the Member Countries of CAN. July and August 2014 were the highest months on traveler´s movements.

Ecuador asks the OPEC to ‘regulate’ the oil production