First case of chikungunya was confirmed in Esmeraldas 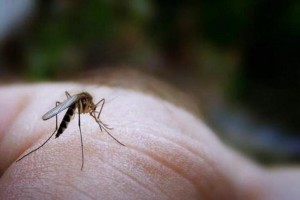 Authorities of the Ministry of Public Health today confirmed the first case of chikungunya in Esmeraldas.

It would be a patient who arrived to Manabi and after showing symptoms, sent a blood sample to the National Institute of Public Health Research (Inspi for its Spanish acronym), which tested positive for the disease.

Maicol Vera, National Director of the National Service of Malaria Eradication, announced at noon that the first case of chikungunya took place in the city of Esmeraldas, which is recorded as an imported case.

The woman lives in the Nuevos Horizontes neighborhood, 24 de Mayo Street, in the Bartolomé Ruiz parish, north central area of ​​the city.

Health authorities also talk of “suspected” cases of dengue in the locality. Of the 30 blood samples that were taken in this neighborhood, 6 have tested positive for dengue and 1 for chikungunya.

The Governor of Esmeraldas, Paola Cabezas, said they have made all efforts to prevent the spread of the disease, including the integral fumigation and all homes are within 3 block around.