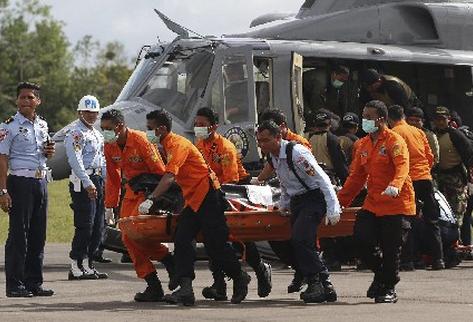 The first inhumation of a victim of plane crash in Indonesia AirAsia took place on Thursday, while bad weather complicated search tasks in the Java Sea, where the plane with 162 people aboard crashed.

So far, nine bodies have been rescued from the start of operations initiated after the disappearance on Sunday of the Airbus A320-200, which crashed near the island of Borneo shortly after takeoff from the Indonesian city of Surabaya to Singapore.

Responsible for the operation indicated that the weather was slowing efforts to try to locate the fuselage and bodies.

Yesterday the first victim of the accident was also identified whose body was returned to the family. Hayati Lutfiah Hamid was identified by her fingerprints and other means, said Col. Budiyono of the Unit of Disaster Victim Identification of East Java.

“From tomorrow until January 4, with existing forces, calculations and tactics that we have we will continue to fight and hopefully we can get results despite these conditions,” said the director of the agency searches and remaining, Bambang Soelistyo, at a press conference.

In one of the hospitals in Surabaya it has opened a crisis center to identify victims up to 150 bodies.