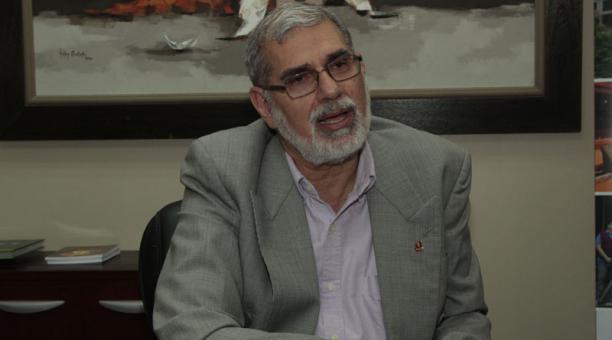 In an interview for Daily El Universo, Alberto Dahik talks about the mismanagement of the Central Bank of Ecuador by allowing that the liquidity it safeguards disappears with serious repercussions for the country’s economy.
“Banks deposit their resources in the BCE (Central Bank of Ecuador for its Spanish acronym), as the current government has ordered, all state institutions including the single treasury account, as well as the GADs (municipalities and provincial governments), and private banks,” Dahik explained.
Society´s money always belongs to the people. “One part, like that of the GADs or the unique account of the treasure, is an indirect money of the people. The other part, like the deposits of the Biess, the IESS, the CFN or the private banks, is the direct money of the people.”
“There is public money, which indirectly belongs to the people, and there is money from that directly belongs to the people.”

On the declaration of Reserve information, “besides the BCE reserve (which was already taken by the State with the increase in reserve requirements), besides the freely available liquidity that is now abroad, and the bank is being forced to bring in for the State´s use, there is a “last resort fund” of about 8% of the value of deposits, intended to cover any emergency. This is called liquidity fund. Although these resources are the direct money of banks and therefore of depositors, the liquidity fund, in an unusual way, is managed by the Government.”