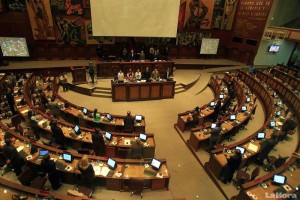 Yesterday, after nearly four hours of debate, the chairman of the Health Committee, William Garzón (AP), requested a few minutes to make the changes before the vote, but the head of the Assembly, Gabriela Rivadeneira (AP), granted him days and the session will be resumed tomorrow.

Mauro Andino, of the Justice Commission that drafted the code, opposed to increase the penalty for microtrafficking from 1 to 3 years instead of 2-6 months.

His arguments were anticipated by Rivadeneira. In a radio broadcast he wondered if with tougher penalties the drug problem will be solved, Andino made a similar reflection: “If the deprivation of liberty was the solution to counteract the rate of consumption and commercialization, drug addicts should no longer exist.”