Less deposits but more credits than a year ago 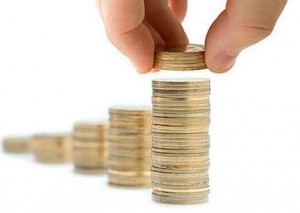 Ecuador’s private banks between August last year and the same month of 2015, lended a 6.82% more, equivalent to 1,174 additional million dollars, according to the report by the Superintendent of Banks.

Deposits started falling since April as a result of the reduction in oil prices in the international market, which prevented state investments in infrastructure to continue apace. The loans fell from May, but even so the accumulated until August exceeds the amount of last year, because from January to April they had a good performance.

Consumer credit was the one that gave more dynamism to the banking, as it increased by $ 560 million compared to 2014, while commercial loans, which are the bulk of the category, increased by only $ 487 million, according to data from the Superintendency.

The property also walked slow and private banks granted a total of 1.688 million until the eighth month of 2015, compared to 1,481 million of the previous year.

Daily Expreso on the replication request of the Supercom

Patricia Ochoa: “I do not believe in the Ecuadorian justice”