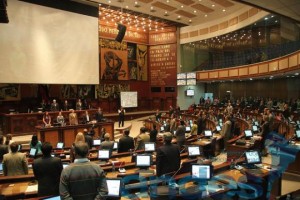 In the Alianza Pais block the legal mechanism to address the phenomenon of micro-trafficking is not yet defined. Internal disagreements caused the vote´s suspension of the so-called Drugs Law for the third time.

On one hand, there are government legislators who oppose to tougher sentences and detention for suspects carrying small amounts of narcotics. Others, however, support the thesis of the Executive branch and request that traffickers of small doses are sent to prison.

In a surprising way, the suspension of the meeting was communicated. Then, the Pais block met behind closed doors and 45 minutes later appeared the first legislators.

In a new table, the CONSEP minimized the doses for a person to be prosecuted for microtrafficking. And the CNJ approved the accumulation of penalties for drug trafficking. That is why it was disposed that all judges who are conducting these cases to convict traffickers for each type of substance they traffic.