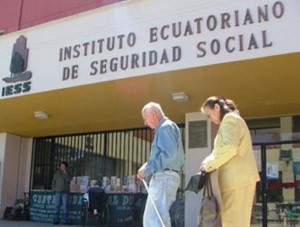 Workers and employers conduct internal analyzes of the Agreement 204 of the Ministry of Labour, which provided the ceiling of a unified basic salary corresponding to the year of the monthly employer’s retirement, ie, to which employees who have worked for 25 years with a same employer are entitled.

Fernando Ibarra, president of the Ecuadorian Labor Parliament (PLEfor its Spanish acronym), said yesterday they are reviewing the legal team of the guild, but initially, at his discretion, that would be unconstitutional. “First, because the minister does not have the legal capacity to regulate or clarify or interpret the Labour Code via ministerial agreement; if it were a legal clarification or interpretation, that is only an attribution of the National Assembly, and if it were a regulation, it should come from an executive order signed by the President of the Republic,” he argued.

Meanwhile, Francisco Alarcon, head of the Chamber of Industries of Guayaquil, said they are evaluating the issue and expect a response made on the agreement of the Ministry of Production, Employment and Competitiveness in the Advisory Board, carried out last week.